Home>Health>Uganda's Ebola outbreak suspected to have crossed into South Sudan
By AT editor - 3 October 2022 at 11:30 pm 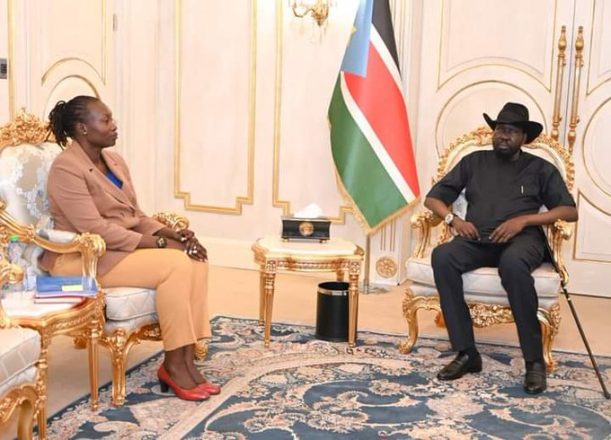 The Ebola virus outbreak in Uganda may have spread into neighboring South Sudan, although authorities there are still working to confirm active cases.

Health Minister Yolanda Awel, meeting with President Salva Kiir on Monday, confirmed that suspected cases have been identified and isolated near the country’s border with Uganda, according to a government statement. Some media reports say one of the unconfirmed cases, that of a man in Kajokeji County, has already died.

Lab samples from five cases, all arising from the three Equatoria provinces, have been sent to South Africa for testing. “The health minister revealed that her ministry is well prepared and working hard to prevent the Ebola outbreak in South Sudan,” the statement said.

Managing an Ebola outbreak in the fragile state may prove difficult, and World Health Organization officials are assisting with the response even as they work to contain a growing outbreak in Uganda.

The emergency director for WHO’s African region, Dr. Abdou Selam, was in Mubende at the weekend to discuss Ebola interventions at the center of the new outbreak. Uganda has confirmed 43 cases as of Sunday, with nine fatalities, but that’s an adjusted total apparently due to changes in case reporting.

The Ebola-Sudan strain of the virus emerged last month in Uganda for the first time since 2012, with workers at a local gold mine appearing to be at the center of the outbreak. WHO warned of the risk of international spread because of the mobility of these workers and “active cross-border population movement.”

WHO cautions that although the Ervebo vaccine has proven effective against recent outbreaks of the Zaire strain of the virus, it’s not expected to protect against the Sudan strain. A second, two-dose Ebola vaccine may work but has not been tested.