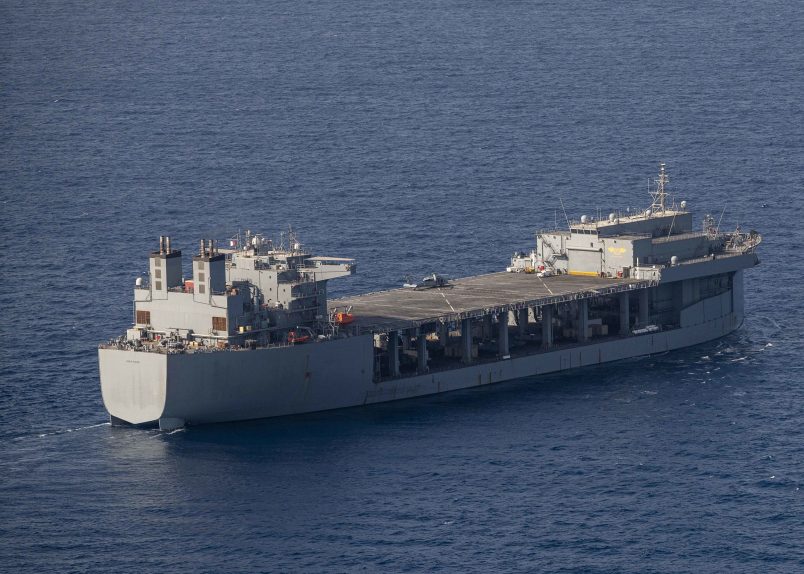 Twenty African nations, along with European partners and the United States, are participating in the Grand African Navy Exercise for Maritime Operations (NEMO) in the Gulf of Guinea.

The exercise, led by French forces, is designed to support cooperative security efforts in West African waters. Along with coastal and island nations, including Sao-Tome and Principe and Nigeria, NEMO 2022 also includes military personnel from Italy, Portugal, Brazil, Spain, and the United Kingdom.

While piracy is a common threat along the coastline for Nigeria and its neighbors, the security scenarios for NEMO 2022 include enforcement on drug trafficking, pollution, and illegal, unreported, and unregulated (IUU) fishing. Sea rescue scenarios are another feature, and increasingly relevant as migrants journey by boat along the coastal route.

“We look forward to another opportunity to train and operate with our partners and allies as we work through challenging scenarios that will improve how we operate and communicate together,” said Capt. Michael Concannon, commanding officer of the USS Hershel “Woody” Williams, a U.S. vessel participating in the exercise.

“This Gulf of Guinea training opportunity further emphasizes our resolve, and the commitment and resolve of our partners and allies, to work together to improve the stability and security of coastal Africa.”

Since 2013, France’s Navy has held three or four regional naval exercises each year as part of the African NEMO series. They lead up to the annual Grand African NEMO, which will continue through this week.