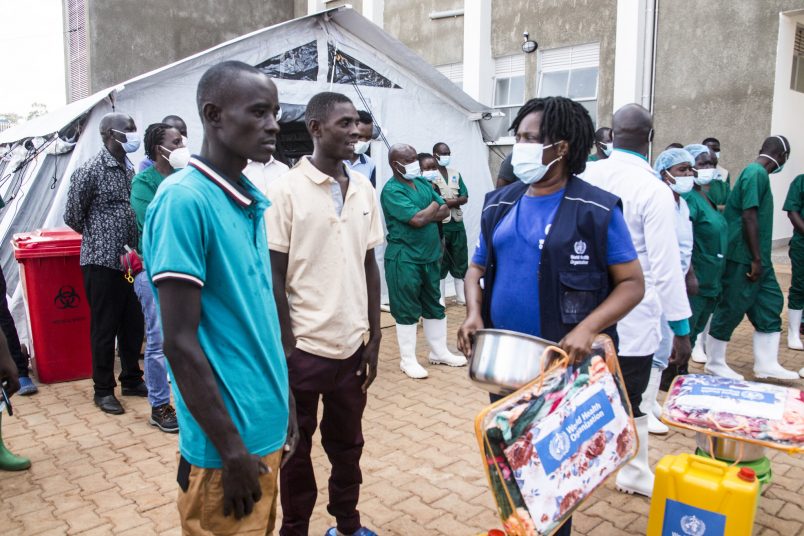 The head of the Uganda Medical Association says officials need to consider a lockdown in Kampala as the Ebola case count continues to rise in the capital.

Dr. Samuel Oledo told local media outlets that he fears the worst is yet to come if aggressive measures aren’t taken quickly. The number of Ebola cases in Kampala has risen to 15, adding new infections in just the past 48 hours.

As of Monday, the Ministry of Health reported a total of 95 confirmed cases and 28 deaths across Uganda.

“Kampala should have restriction of movement, let us hold Kampala when it is still early. The earlier we lockdown Kampala the better,” Oledo told KFM radio. “Ugandans are still taking it as something so minor. It is catastrophic that right now, people are not even reporting cases,”

But while the heavily affected districts of Mubende and Kassanda were placed under a 21-day lockdown on October 15, as part of the Ebola response ordered by President Yoweri Museveni, there are no similar restrictions in Kampala.

Nor has the Ministry of Health been inclined to order one. Dr. Henry Mwebesa told Ugandan media as recently as Monday that identifying Ebola contacts and placing people in quarantine remains the strategy.

While the Ministry of Health has been successful in identifying cases and monitoring contacts, the response is complicated by people with Ebola exposure who are hiding from authorities and fleeing health centers, as well as those seeking out traditional healers.