Home>Politics & Policy>Calls for diplomacy as Rwanda, DR Congo fighting escalates
By AT editor - 2 November 2022 at 12:17 am 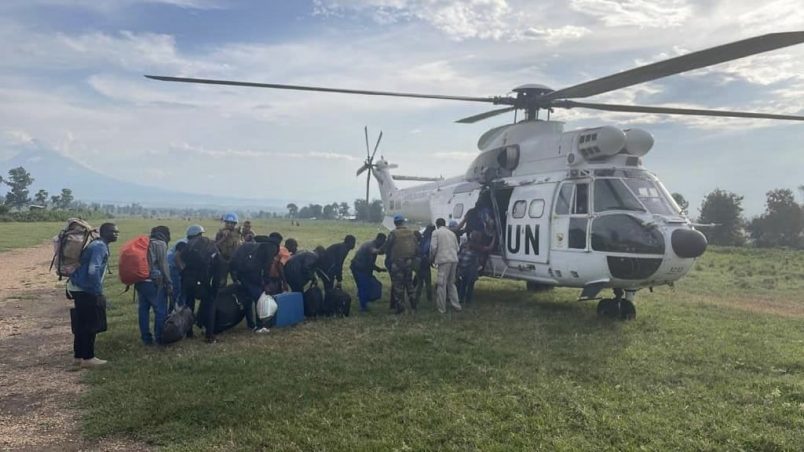 The Democratic Republic of Congo has expelled Rwandan ambassador Vincent Karenga, the latest move in escalating tensions between the neighboring Central African nations.

Karenga was told to leave by Tuesday following the capture of Kiwanja and Rutshuru, towns in the volatile eastern DR Congo, by March 23 (M23) rebels over the weekend. President Felix Tshisekedi and Congolese defense leaders made the decision based on their ongoing assessment that the Rwandan government supports M23, although Rwanda has consistently denied that’s the case.

The fighting in North Kivu between M23 and MONUSCO, the United Nations peacekeeping force in DR Congo, along with FARDC, the Congolese military, has gone on for a year but increased with renewed battles during October.

On Monday, thousands of anti-Rwanda protesters took to the streets in Goma, the region’s largest city and a key border crossing located near where M23 is advancing.

“The Secretary-General reiterates the full support of the United Nations to the ongoing mediation efforts of the President of Angola, João Lourenço, and to the Nairobi process under the facilitation of former President Uhuru Kenyatta,” said MONUSCO in a statement.

Sall, along with AU Commission head Moussa Faki Mahamat, called on all parties to negotiate in good faith during a new round of talks that begin Friday in Nairobi.