Home>African Future>'Running Out of Time' climate relay nears its Scotland-to-Egypt goal
By AT editor - 6 November 2022 at 8:28 pm 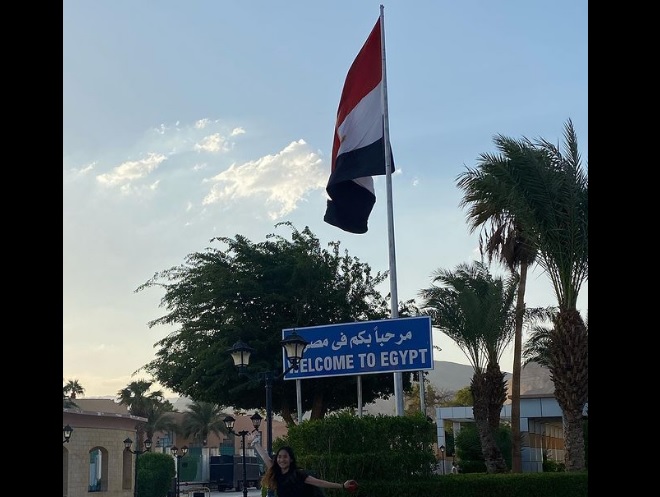 As the COP27 climate conference begins in Egypt, participants in the “Running Out of Time” relay are closing in on their final destination of Sharm el-Sheikh with a message of urgency on climate action.

The relay route has covered 18 countries, beginning in Glasgow, Scotland—site of COP26 last year—and winding its way across Europe and into Cyprus, Israel and Egypt. Participants have covered the 7.767-kilometer route by running, cycling and, in some cases, sailing across their leg of the relay, carrying the climate relay baton with them.

People from all over the planet joined them on Saturday, running, biking and dancing for 27 minutes in their own communities in solidarity with the call for meaningful climate action at COP27.

Day 37 of the relay saw participants arriving at the border crossing in Egypt with their bikes, after departing Israel and the city of Eilat. One of the participants, Yael Bruchim, ran her 20-km segment across the Negev Desert at night before handing off the baton.

Running Out of Time then continued on with Egyptian cyclists supporting the relay riders as they headed into Dahab, about 80 kilometers northeast of Sharm el-Sheikh.

The team is expected to finish the ride in Sharm el-Sheikh on Tuesday.

“Our aim is to deliver a powerful message to the decision makers at COP27 with so much support that it is impossible to ignore if we’re to have a hope of securing a transition to a safe climate future,” said event co-founder Jamie Hay.

Running Out of Time partners include UNESCO, the British climate organization Carbon Copy, and the Foundation for Environmental Education (FEE).

Image: Running Out of Time