Home>African Future>COP27 talks extended as hope remains for loss and damage deal
By AT editor - 18 November 2022 at 11:28 pm 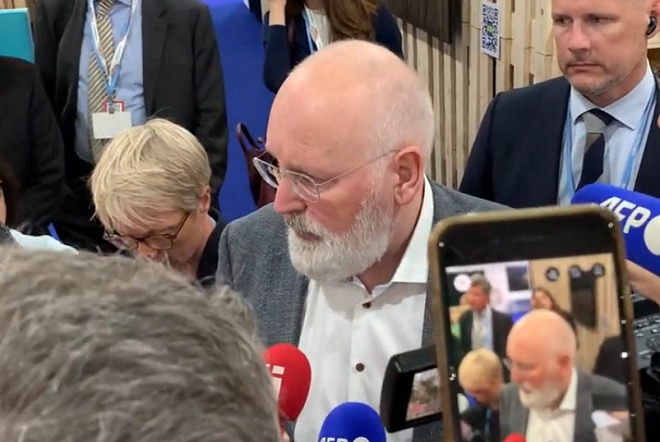 Climate talks in Sharm el-Sheikh, scheduled to wrap up on Friday, will continue through at least Saturday, according to Egyptian media outlets citing Egyptian Foreign Minister Sameh Shoukry.

“We are at crunch time in COP27 negotiations,” Guterres said. “Today I met with representatives from developed and developing economies to urge them to deliver an ambitious result that meets the urgency of the moment.”

But many observers note that an “ambitious result” has not appeared to be forthcoming, particularly on negotiations for loss and damage funding to nations already dealing with climate impacts for which they have little responsibility.

The European Union advanced a proposal on Friday, agreeing in principle to a loss and damage fund under certain conditions. The financing would target the most vulnerable nations and require a broad donor base, said Frans Timmermans, the vice president for the European Commission.

Timmermans said the EU’s reluctance to establish a loss and damage fund is due to the timelines involved in setting up such a facility, and because he believes more can be achieved, faster, with existing mechanisms. “But since they are so attached to a fund we have agreed,” he added.