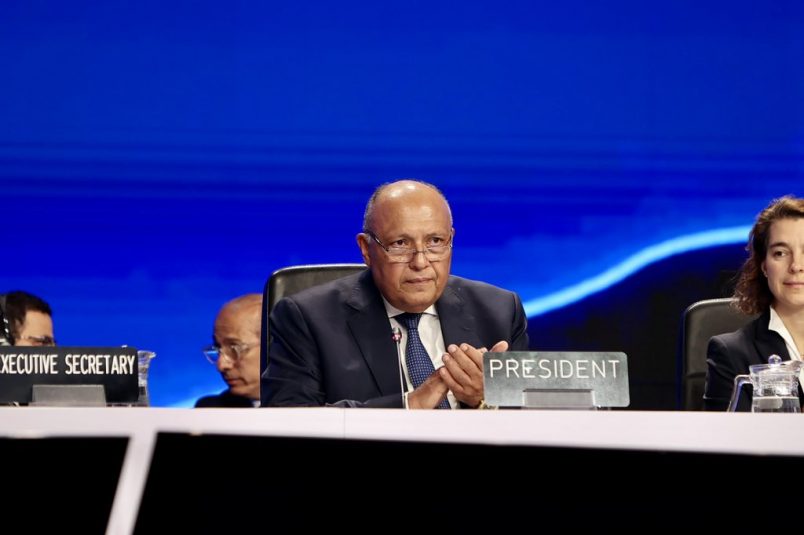 The now-completed COP27 climate talks in Sharm el-Sheikh have resulted in a deal on loss and damages to help the world’s most vulnerable nations cope with climate change impacts they already experience.

The outcome of the talks, which extended past the deadline as negotiators hammered out details, were welcomed by some leaders even as others lamented the inability of COP27 participants to make progress on phasing out fossil fuel use.

“This COP has taken an important step towards justice. I welcome the decision to establish a loss and damage fund and to operationalize it in the coming period,” said United Nations Secretary General António Guterres. “Clearly this will not be enough, but it is a much-needed political signal to rebuild broken trust.”

Sameh Shoukry, the Egyptian foreign minister and COP27 president, called the agreement more than words on paper as he awaited the final outcome.

“The world is watching, I call on us all to rise to the expectations entrusted to us by the global community, and especially by those who are most vulnerable and yet have contributed the least to climate change,” Shoukry said.

After some confusion about its stance on negotiations, the European Union noted the success of a “small step towards climate justice where much more is needed.”

“We have treated some of the symptoms but not cured the patient from its fever,” said EU President Ursula von der Leyen. “COP27 has kept alive the goal of 1.5C. Unfortunately, however, it has not delivered on a commitment by the world’s major emitters to phase down fossil fuels, nor new commitments on climate mitigation.”