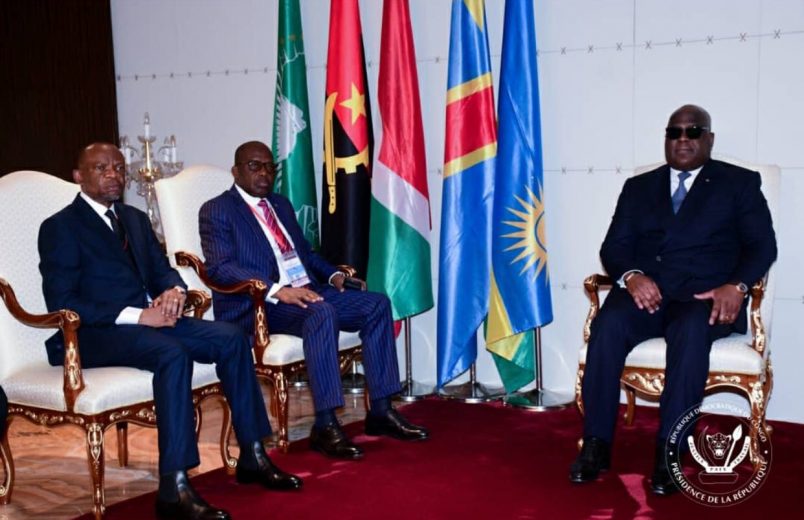 Angola’s President João Lourenço announced that negotiations between Rwanda and Democratic Republic of Congo, held in Luanda on Wednesday, resulted in a ceasefire agreement among parties who have been fighting in eastern DR Congo and along the border near Goma.

Lourenço, heading up a peace talk process meant to end the tensions, said the ceasefire is set to begin at 6 p.m. local time on Friday. The development is “a short step, but one of great significance,” he told ANGOP, the official Angolan press agency.

The deal calls for the March 23 (M23) rebels fighting in the region to end hostilities and turn themselves over to Congolese forces (FARDC), but there’s some skepticism about how readily that can be achieved.

Congolese President Felix Tshisekedi noted in a communique that M23 fighters have become increasingly sophisticated, and a regional force established through the Nairobi negotiations would be responsible for countering M23 attacks if they continue.

The fighting in North Kivu has gone on for a year but, following an earlier failed ceasefire, increased with renewed battles during October. Congolese President Felix Tshisekedi and his defense leaders maintained that Rwanda has supported the M23 rebels, a charge Kigali has consistently denied.

Former Kenyan president Uhuru Kenyatta, who has worked through Nairobi to broker a deal to end the conflict, also attended the talks in Luanda, as did Michelle Ndiaye, a special representative for African Union Commission Chairman Moussa Faki Mahamat.