Home>Politics & Policy>Obiang elected to another 7 years in Equatorial Guinea
By AT editor - 27 November 2022 at 8:06 pm 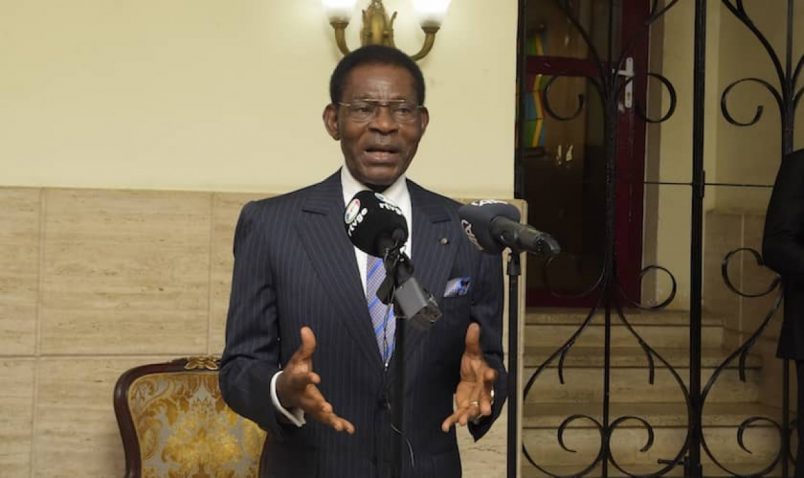 President Teodoro Obiang Nguema has been elected to another seven-year term in Equatorial Guinea, where the 80-year-old has held the office since August 1979.

The National Electoral Board said Obiang received 405,910 votes, accounting for a notably high 94.9% of all votes cast in the West African nation. In reporting results, the board said it was “scrupulously respecting the sovereign will of the people” following last Sunday’s vote.

Obiang’s Democratic Party of Equatorial Guinea (PDGE), a coalition of political parties, also kept its hold in the legislature and in the country’s municipal offices. That includes all 100 seats in the Chamber of Deputies, all 55 seats in the Senate, and all 588 offices contested at the municipal level.

Despite his fragile health, Obiang’s re-election was fully expected in Equatorial Guinea, where opposition political leaders and human rights activists are routinely silenced and corruption is common.

That pressure continues following a 2017 coup attempt and questions about succession by his son, Teodorin Obiang, who has been convicted on corruption and fraud-related charges in multiple countries including France, the United States and Brazil.

More than 100 people have been detained since the elder Obiang announced his intent to run for office in September, according to human rights lawyer Tutu Alicante, head of the Equatorial Guinea Justice organization.

Although Obiang isn’t the oldest leader in Africa—President Paul Biya of Cameroon is 89 years old—he has now become the longest-running elected leader in the world.