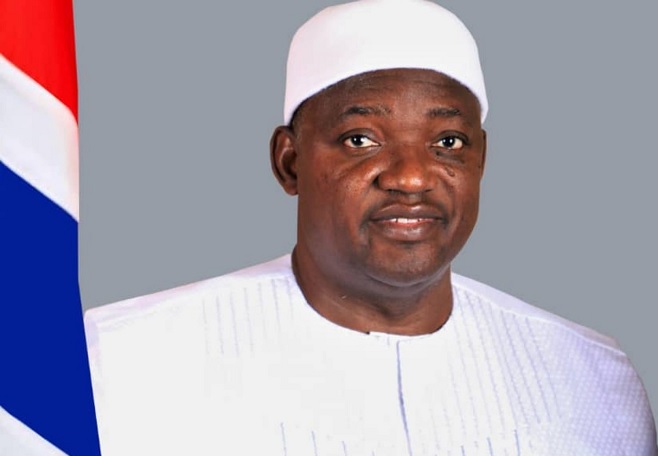 Gambian authorities say they’ve thwarted a coup attempt directed at the president and taken members of the military behind the plot into custody.

“Based on intelligence reports, some soldiers of the Gambian army were plotting to overthrow the democratically elected government of President Adama Barrow,” said Gambian spokesman Ebrima G. Sankareh in a statement. In a swift military operation conducted yesterday, Gambian forces arrested four soldiers linked to the coup attempt.

“The army is in pursuit of three more alleged accomplices,” Sankareh added. “Investigations into this matter are continuing and members of the public would be accordingly informed of any developments as the situation unfolds.”

Barrow has led the West African nation since January 2017, when longtime dictator Yahya Jammeh was finally forced from office after losing to Barrow in an upset election. Jammeh, in power since 1994, refused to accept Barrow’s victory for months before finally leaving the country and seeking refuge in Equatorial Guinea.

Subsequent investigations found Jammeh and his associates had left Barrow and a struggling Gambia with massive debts, few resources and the coffers empty. A Truth, Reconciliation and Reparations Commission (TRRC) was formed to investigate the many human rights violations that occurred during Jammeh’s 22-year rule.

While Barrow continues to advance a reform agenda, he has alienated some allies and supporters since switching political parties ahead of a successful re-election bid in December 2021.  Barrow’s decision to resign from the United Democratic Party (UDP) and align with a National People’s Party coalition, which included members of the former regime, has made him a target for criticism.

As recently as last week, Barrow warned the UDP that “there will be no two governments.”

“The Gambia does not belong to Adama Barrow but to all citizens. Even if you decide to be against me or my agenda, you should have the love for your country and strive to work in the interest of your nation as Gambians,” he said.