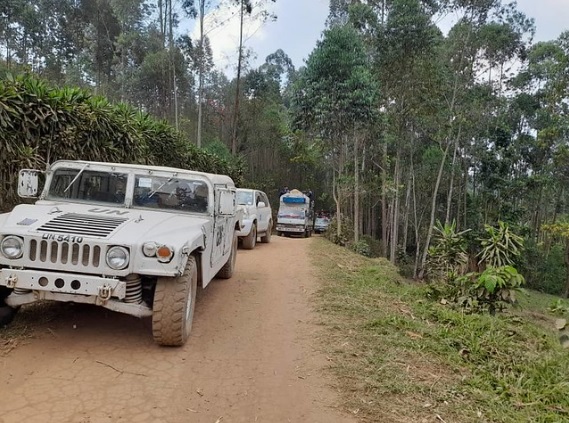 Rwanda has again denied involvement in supporting March 23 (M23) rebels fighting in the North Kivu region of Democratic Republic of Congo, including any responsibility for the deaths of 272 people attacked in the village of Kishishe earlier this month.

The incident, among numerous violations of a failed ceasefire agreement negotiated in November, has increased the international scrutiny over Rwanda’s role in the fighting across its border. France and other nations have renewed calls for Rwanda to act, while Kigali insists that the failure lies with the Congolese government.

Speaking Tuesday in Kinshasa, France’s Chrysoula Zacharopoulou, minister for development and international partnerships, said her government condemned Rwanda for its support for the M23 fighters, a comment that DR Congo officials were quick to amplify.

Rwanda, in its response, said the accusation was a distraction from the real cause of the crisis and called the Kishishe massacre a “fabrication” of the Congolese government.

“There has been no accountability for the failure of the DRC government to deal with the over 130 armed groups on its territory, the serious abuses against civilians committed by the Congolese armed forces and its auxiliary armed groups,” said the statement issued by Rwanda’s communications office.

Rwanda further noted that the long-term presence of MONUSCO, the United Nations peacekeeping force in DR Congo, has delivered little in terms of results.

Rwanda also accused the Congolese of fostering anti-Tutsi hate speech against M23 fighters, public incitement, mob killings, and targeted violence. Conflict in the region dates back to the 1994 genocide.