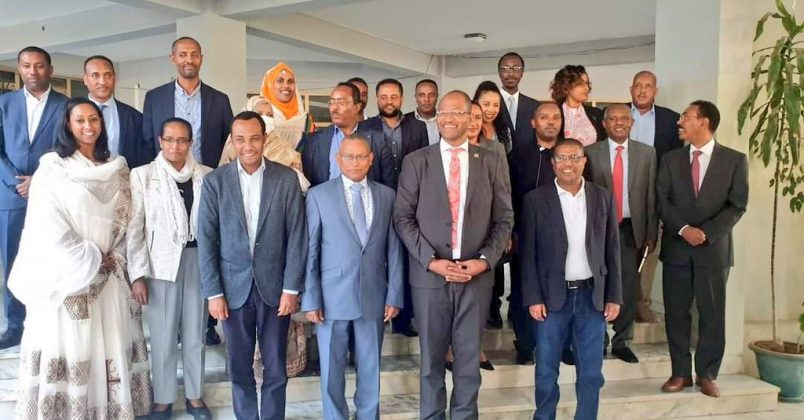 Ethiopian leaders representing Prime Minister Abiy Ahmed’s government met with Tigrayan officials on Monday in Mekelle, for talks viewed as a milestone in ending more than two years of catastrophic conflict in which up to 600,000 people have died.

The delegation led by Tagesse Chaffo Dullo, speaker of Ethiopia’s parliament, focused on steps needed to implement measures of the peace agreement established in Pretoria in November, with subsequent discussions between Tigrayan and Ethiopian leaders in Nairobi.

“The implementation is hopeful and we remain steadfast in our commitment to peace,” said Abiy on Sunday.

Key elements of the agreement include the removal of all military forces in the region, apart from the Ethiopian National Defense Force. The agreement documents stipulate that “Ethiopia shall have only one defense force” and the Tigray regional forces—with whom the conflict originated in 2020—shall disarm.

Eritrean fighters, as well as ethnic Amhara who are operating in the Tigray region, also are expected to leave, according to Tigrayan representative Kindeya Gebrehiwot. “The discussion was cordial and historical,” he said. “Peace needs courage.”

Eritrean forces remain in Tigray despite last year’s acknowledgement from Asmara that they would be withdrawn. The tensions across the Eritrean-Ethiopian border span decades, with a hard-won 2018 peace deal between Abiy and Eritrean President Isaias Afwerki overshadowed by the subsequent conflict in Tigray.

Humanitarian aid, a focal point of international concern throughout the conflict, remains a priority.

Last week, the European Union reiterated the call for Eritrea to withdraw its fighters and for Ethiopia to support humanitarian efforts.