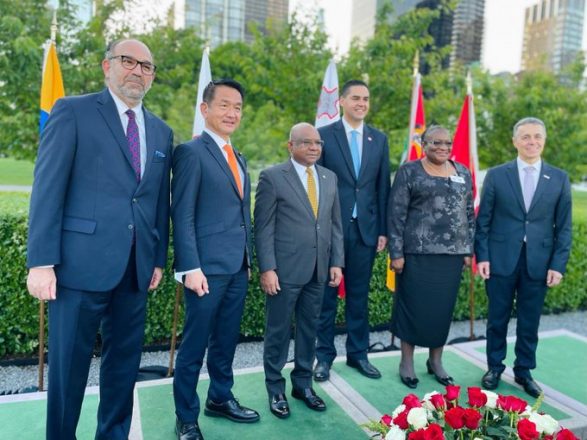 The southern African nation of Mozambique has taken its seat in the United Nations Security Council (UNSC), beginning a two-year term to which it was elected in June alongside Ecuador, Japan, Malta and Switzerland.

Mozambique joins Ghana and Gabon in serving on the council, with Kenya departing after completing its term in December. They serve as nonpermanent members of the 15-nation body.

Ten of those nations are determined by UN membership vote, while the other five are permanent members: the United States, Russia, China, France and the United Kingdom.

Mozambique continues to deal with its own security struggles, fighting against extremists in the Cabo Delgado region as well as longstanding economic and financial challenges. It also has faced a long recovery from catastrophic tropical storms that devastated Beira and nearby regions.

Mozambique’s President Filipe Jacinto Nyusi is among leaders who have called for increased UNSC representation and a rebalanced council to more equitably reflect Africa’s role in the global community.

That’s long been an issue of concern for the African Union and member nations, as articulated in the Ezulwini Consensus since 2005. Africans have pressed for reforms that would deliver two permanent seats on the council and two additional nonpermanent seats for African nations, but have never achieved those goals.

United States President Joe Biden expressed his support for UNSC reform during the U.S.-Africa Summit in December. It’s also been supported by Russian Foreign Minister Sergey Lavrov and others in the past.