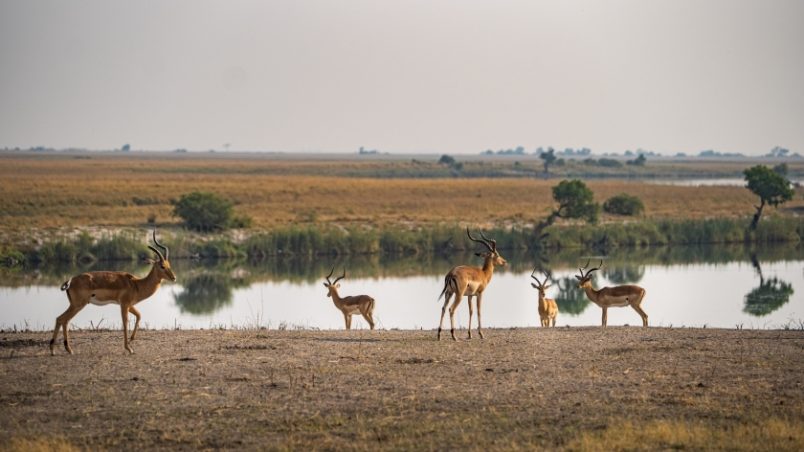 Along the border between Botswana and Zimbabwe, researchers are using computer model simulations to understand the impacts of human-wildlife conflict and how to reduce its costs to both the community and the surrounding ecosystem.

Still a pilot program funded by the European Union, the approach is used in the Hwange-Kazuma-Chobe Wildlife Dispersal Area, where a team from the United Nations Environment Program and the Universities of Bergen and Nova Lisbon have worked with about 100 community members to understand the scope of the challenges.

By using satellite imagery to track land use, along with numbers and movement data on various wildlife species and livestock, they can run models to simulate the outcomes of wildlife management policies and identify solutions to human-wildlife conflict.

For example, it turned out that subsidies commonly provided for maize increased the risk because elephants are attracted to the crops. Subsidies to encourage planting crops that are less inviting to the elephants could protect both people and planet, without privileging either conservation or sustainable agriculture.

The wildlife area also borders Angola, Namibia and Zambia as it spans 520,000 square kilometers of conservation area, villages and farms. Two million people live there, along with 70% of African savannah elephants and other species that can damage crops and threaten their livelihoods.

“Our wildlife will perish if we do not cooperate across international borders,” Gandiwa adds, but “conservation only works when it makes sense to the people that are coexisting with wildlife in these landscapes.”