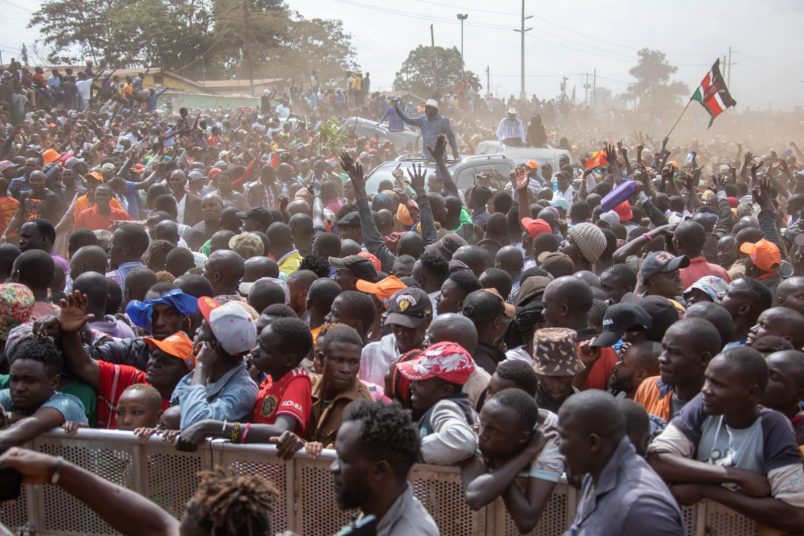 Since last week, when leaked data surfaced with results that suggest reporting from 59% of Kenya’s constituencies was inaccurate, the Azimio leaders have said they want a full forensic audit on the results. They have waited for Odinga to return from a South Africa trip before moving ahead with next steps.

Ruto, currently visiting France for bilateral talks with President Emmanuel Macron, rejected the Azimio claims and said he won’t allow Kenya to be blackmailed by opposition demands. Ruto has expressed his confidence in outgoing IEBC chief Wafula Chebukati and the integrity of the August 2022 elections.

Election observer Jeffrey Smith of Vanguard Africa, a pro-democracy group, has said that the trove of leaked election data “cast doubt on the validity of the final results” and, while perhaps not material enough to change the outcome of the presidential election, demonstrates the need for reforms to ensure transparency and accuracy in Kenyan elections.