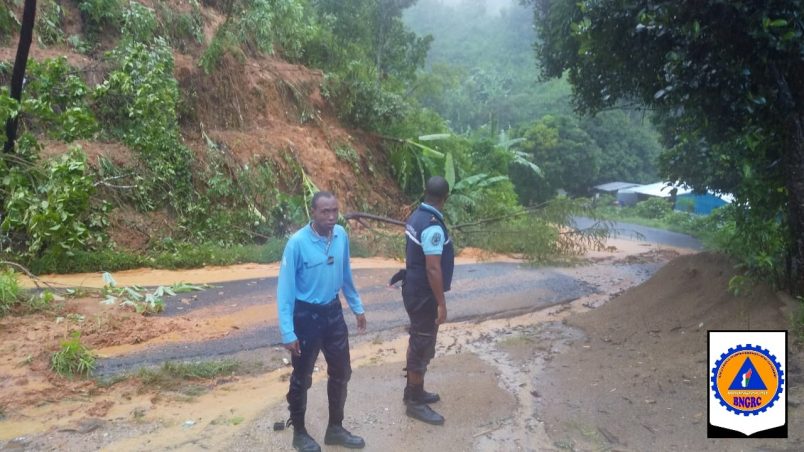 Forecasters now say an intensifying Tropical Storm Cheneso poses a continued threat to Madagascar after re-emerging over the Mozambique Channel, with the country’s National Bureau of Risk and Disaster Management (BNGRC) warning of heavy rainfalls, storm-related landslides and high seas as it lingers along an offshore track.

The National Bureau of Risk and Disaster Management (BNGRC) in Madagascar says the storm has reached winds of 80 kilometers per hour with gusts of 110 km/h at its core. It was moving slowly on Tuesday afternoon.

The storm is no longer expected to directly affect Mozambique or the African mainland, instead heading south and east, curving through the channel with impacts for the southwestern coastal regions of Madagascar. Rainfall rates of up to 80 millimeters in 24 hours may lead to rising rivers and flooding.

Cheneso previously made landfall on the northeast coast of the Indian Ocean island nation, north of Antalaha, with winds of 106 km/h. At least three people have died and another 14 are missing, with 8,334 people displaced and more than 17,000 affected.

The storm damaged schools, roads and bridges, and crops, said BNGRC. Travel was cut off due to flooding as river waters rose.

The storm has the potential to become an intense tropical cyclone by Saturday, according to regional agencies including Météo-France and the South African weather service. The Instituto Nacional de Meteorologia (INAM) in Maputo is monitoring the storm but has not yet issued any warnings apart from Mozambique Channel waters.

An active cyclone season is expected in Mozambique due to warmer than average sea surface temperatures (SSTs) in the channel, where SSTs are currently a very warm 29°C. Five to seven tropical storms and cyclones are expected between December 2022 and April 2023, according to the World Food Program, with up to four expected to be major cyclones of Category 3 or higher.