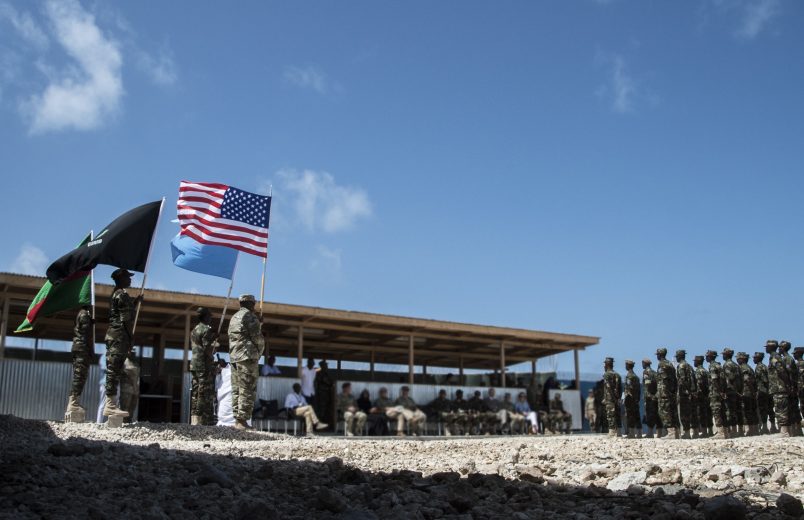 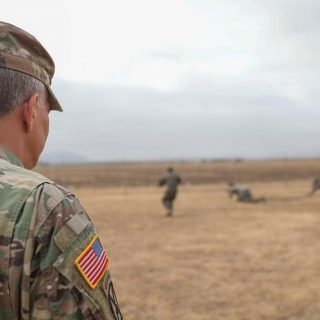 Some 6,500 service personnel will likely return to assignments in the United States as the U.S. Africa Command based in Stuttgart, Germany, plans a move of AFRICOM headquarters announced this week. U.S. Army Gen. Stephen Townsend, commander of AFRICOM, acknowledged President Donald Trump’s decision to move from Germany while assuring… 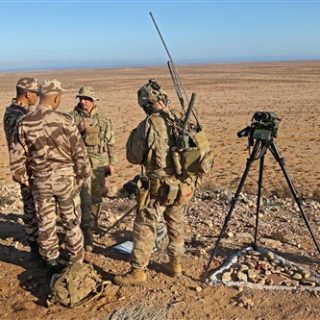 The United States says it has decided to cancel an annual military exercise held in partnership with African nations, out of concerns stemming from the coronavirus pandemic. The announcement was made Monday by the U.S. Africa Command, based in Stuttgart, Germany. AFRICOM said the decision was taken in careful consideration…

There’s a new online database from Airwars, a not-for-profit project based at the University of London that tracks international military actions and assesses harm to civilian populations in Libya, Iraq, Yemen and Syria. The organization is now tracking incidents in Somalia, with an emphasis on how United States drone strikes…

Three airstrikes targeted al-Shabaab extremists in Somalia on Sunday, one day after a deadly car bombing in Mogadishu claimed scores of lives and left dozens of people injured. The United States Africa Command (AFRICOM) said it conducted the airstrikes near Qunyo Barrow and Caliyoow Barrow in the Lower Shabelle region…

Rwanda is the latest African nation to join in a U.S. military program that partners members of its National Guard units from specific U.S. states with governments around the world. The signing ceremony pairing the Nebraska National Guard with Rwandans took place Thursday in Kigali. “State partnerships are integral to…

In Somalia, the United States says it conducted another air strike near Jilib on Tuesday and successfully targeted one al-Shabaab terrorist who, the U.S. Africa Command said, “had direct ties to the al-Qaeda terror organization.” The strike “is an example of the successful incursions our Somali partners are making into…

The United States says none of its personnel, nor those of its partners in Somalia, were injured on Monday when a car bomb attack happened at the Baledogle Military Airfield – but the attack was cause for a U.S. response. “This attack, though ineffective, demonstrates the direct threat al-Shabaab poses…

The new commander for the United States Africa Command (AFRICOM) traveled to Tunis this week to meet with Libyan leader Fayez al-Sarraj, the head of Libya’s internationally recognized Government of National Accord (GNA). U.S. Army Gen. Stephen Townsend, who replaced Marine Corps Gen. Thomas D. Waldhauser at the end of…

United States Army Gen. Stephen J. Townsend has assumed command of AFRICOM, replacing Marine Corps Gen. Thomas D. Waldhauser, who served in the position for three years. Waldhauser is retiring after 43 years of service. Townsend steps into the AFRICOM leadership role after serving as the commander of United States…

The United States says 52 al-Shabaab militants were killed in an airstrike on Saturday that targeted them near the town of Jilib in Somalia’s Middle Juba region. The airstrike came in response to an al-Shabaab attack against Somali National Army Forces, according to the U.S. Africa Command (AFRICOM). The AFP…

Media outlets in the United States report that two U.S. Navy SEALS and two Marines face charges in the death of a U.S. Army Green Beret who was killed in Mali more than a year ago. The Navy personnel, Tony DeDolph and Adam C. Matthews, were identified last year during…

The United States is reviewing a plan to withdraw nearly all American counterterrorism forces from African countries, the New York Times reported on Sunday. Three Defense Department officials told the Times that if the plans are approved by U.S. Secretary of Defense James Mattis, the U.S. would shut down seven…

The death toll in Somalia has risen to 18 following Thursday’s car bomb attack at the Wehliye hotel in Mogadishu. Most of the victims were civilians, according to local media accounts. At least one of the victims was a foreign national. Hussein Mohamed Dirir, a Norwegian citizen of Somali descent…

Djibouti has pushed back against what it called “mercilessly pillorying” over speculation that the strategically located Doraleh Container Terminal (DCT) – seized from former operator DP World by its government last month – could be used to expand China’s footprint in the Horn of Africa while threatening United States interests….