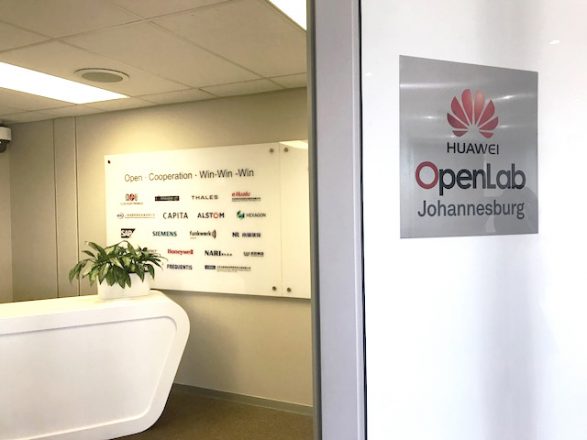 The Chinese government has pushed back over remarks about telecom firm Huawei and its presence on the African continent, made by Deputy Secretary of State Wendy Sherman of the United States.

Sherman made her comments during a just-concluded diplomatic swing through South Africa, Angola and Gabon. In Angola, she visited telecom venture Africell and was subsequently asked if remarks made about 5G capabilities were directed at the Chinese, with whom the U.S. competes for tech influence in Africa.

“It’s not about throwing shade on Huawei.  We’ve been very direct.  We believe that when countries choose Huawei, they are potentially giving up their sovereignty.  They are turning over their data to another country,” said Sherman.

“They may find themselves bringing in a surveillance capability they didn’t even know was there.  So we’ve been very public about our concerns about Huawei, and so we are glad that Africell can provide to the people of Angola a safe, capable tool in their hands to reach out to the world.”

That brought a response from spokesman Zhao Lijian at the Chinese foreign ministry, who called the remarks part of a malicious attempt to “sow discord in China-Africa cooperation.”

“The Chinese government unequivocally opposes mass surveillance of other countries by abusing information technologies,” he said. “Countries should not directly access data located in other countries via companies or individuals.”

Lijian also accused the U.S. of failing to respect the sovereignty of African countries and their right to privacy through long-standing cyber theft, surveillance and monitoring, adding that it’s the U.S. that is “playing the trick of a thief crying ‘stop the thief'” and interfering in the affairs of nations like Ethiopia and Zimbabwe.