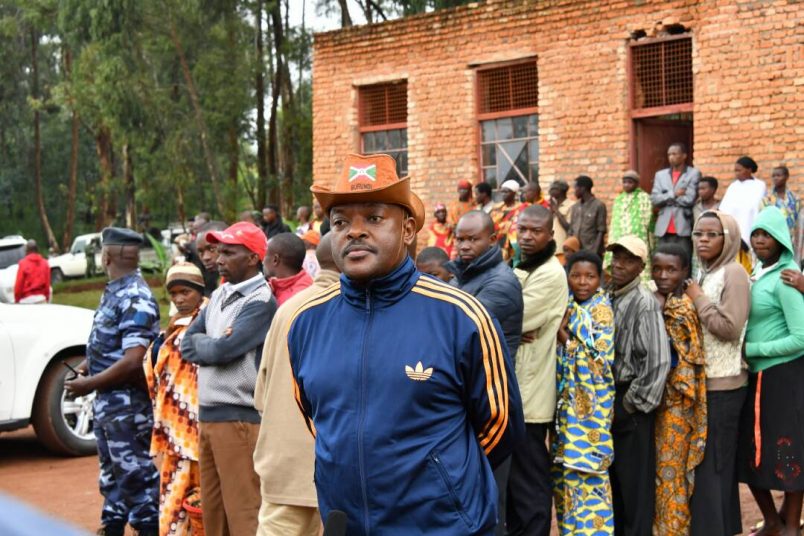 The nation of Burundi hasn’t commanded much international attention since May, when President Pierre Nkurunziza successfully pushed through a referendum that would allow him to remain in power through 2034.

Yet the human rights situation there remains dire, according to the World Report 2019 released Thursday by the Human Rights Watch organization. The comprehensive 674-page report looks at human rights progress in individual countries, as well as a rise in authoritarian leadership and other global trends.

Burundi – where officials called a troubling United Nations human rights report “a bunch of lies” in September – continues a pattern of widespread abuses by its security services and the Imbonerakure youth wing of Nkurunziza’s ruling CNDD-FDD party, the HRW said.

“The country’s once vibrant civil society and media landscape has been decimated since the crisis began in April 2015, when Nkurunziza announced his bid for a disputed third term,” the report said.

The UN report was followed by a three-month suspension of some 130 international NGOs present in Burundi, many of them providing humanitarian aid. The NGOs continue to leave because of difficulties complying with strict new laws covering personnel and financial reporting.

Burundi’s human rights violations include summary execution, enforced disappearance, arbitrary arrest and detention, sexual violence, torture and other cruel or degrading treatment, HRW said. Those responsible are never held accountable, while Nkurunziza himself is implicated in inciting the hatred and violence.

There are about 378,000 Burundian refugees still living outside the country, HRW said, and many journalists and civil society activists remain in exile. Press freedom is highly restricted, with the banned BBC and Voice of America still off the air at the time the report was written. A December BBC report charged Burundi’s security services with running secret torture facilities designed to crush dissent; it was dismissed as “fake news” by officials.

The International Criminal Court – to which Burundi is no longer a signatory – has continued its investigations into crimes committed in Burundi since 2015.

To see the complete HRW report, check this link.