Home>Articles>Somali-born candidate set to win U.S. votes despite Trump insults
By AT editor - 8 November 2016 at 1:37 am 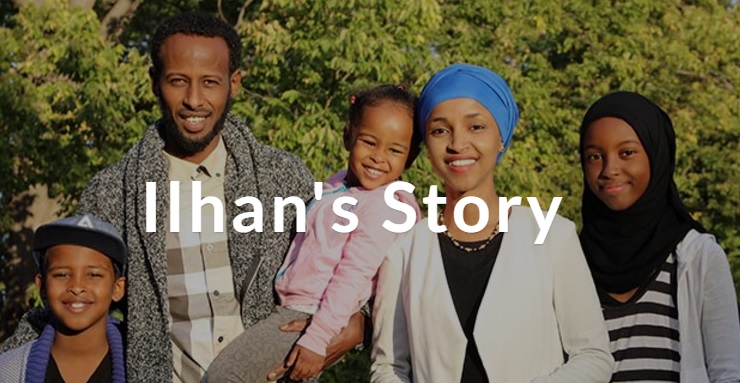 Monday’s newsfeeds blew up with the news that U.S. presidential candidate Donald Trump, on one of his last campaign swings ahead of Tuesday’s elections, insulted Somali-born immigrants in Minnesota.

But it will be Tuesday that matters and what Trump – the Republican opponent of former U.S. Secretary of State Hillary Clinton — apparently didn’t realize is that people who live in Minnesota vote for Somali Americans.

Even as Trump warned that Somali immigrants are a threat to America, with some of them “joining Isis and spreading their extremist views,” Ilhan Omar was hard at work in the last few hours of a campaign.

Omar is poised to become the first Somali American Muslim woman to win a seat on the Minnesota State Legislature, and she’s doing it in a city with the greatest concentration of Somali immigrants in the United States.

Born in Somalia, Omar’s family left because of civil war in the early 1990’s and lived for four years in a refugee camp in Kenya before moving to the U.S. in 1997. She watched her grandfather serve as an interpreter for Minnesota’s Democratic-Farmer-Labor (DFL) party, and became interested in community and politics as a young teenager.

Omar is an advocate for East African women who want to step up into civic leadership roles. In addition to Somali immigrants, Minneapolis-St. Paul has a large Oromo population, with significant communities coming from Ethiopia, Kenya and other nations. Omar, now the Director of Policy Initiatives at Women Organizing Women, has a long history of public service and other achievements within the community.

Minneapolis voters also have elected Mogadishu-born Somali American Abdi Warsame, currently a city councilman, who is the first Somali immigrant to serve in that position.