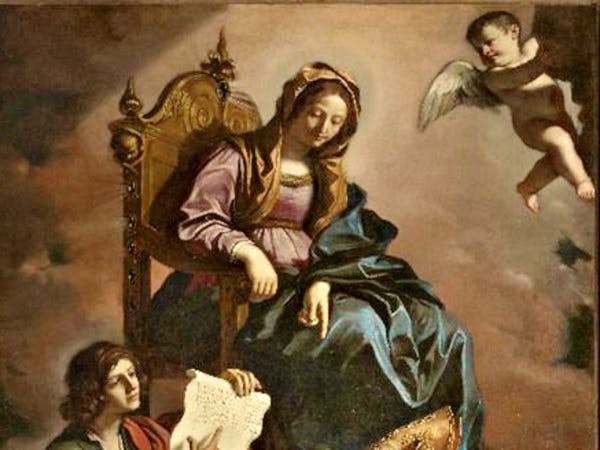 An art masterpiece stolen from Italy in 2014 and discovered in Morocco was returned Saturday to Italian authorities.

The 17th-century painting by Giovanni Francesco Barbieri, known to the art world as Guercino, was stolen from the Church of Saint Vincent of Modena in northern Italy in August 2014. The work, called “The Virgin, Saint John the Evangelist and Gregory the Miracle Worker” and valued at up to €6 million (USD$6.9 million) was found in a market in the El Hassini district of Casablanca in February.

Moroccan authorities working with Interpol located the Guercino work and arrested at least three people believed to be working with an organized criminal network dealing in antiquities trafficking, the country’s Directorate General of National Security (DGSN) said at the time of the February 15 arrests.

Moroccan media accounts say authorities were alerted by a Moroccan art enthusiast who recognized the painting and contacted police. A fourth person, a Moroccan national, was arrested in Italy. 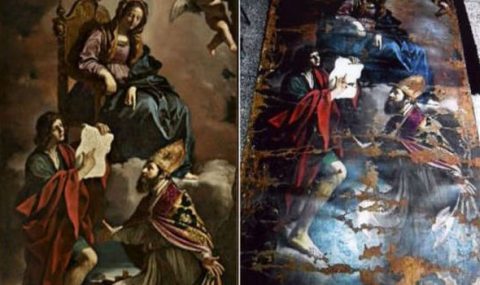 Sources in Bologne said Tahir Mustapha lived near the church with his Italian family, and shipped the masterpiece off in a rolled-up carpet. The painting was damaged during the theft and shipping and requires extensive restoration.

The painting by Guercino, in Italian translated as “The Squinter” because he apparently suffered from strabismus, was done in 1639; he completed a number of works for wealthy international patrons before his death in 1666. It depicts the traditional story of St. Gregory, a third-century bishop in what is now Turkey who saw the other two characters in a vision.

It was returned to the Italian ambassador to Morocco, Roberto Natali, by police in Casablanca and is expected to go back to Modena.