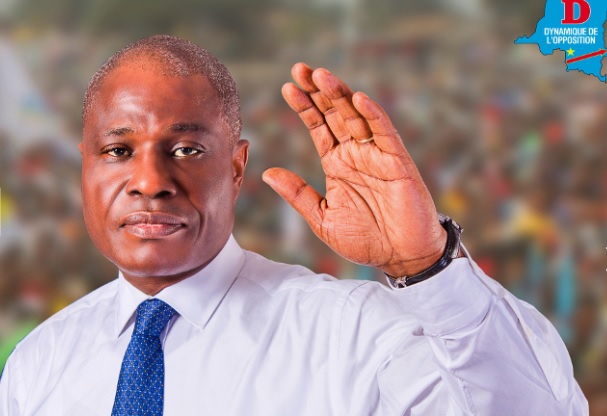 A group of seven Congolese political opposition leaders announced their decision for a presidential candidate on Sunday, choosing Martin Fayulu of the Engagement for Citizenship and Development (ECiDé) party to face President Joseph Kabila’s own choice in the December 23 election.

With the long-delayed date looming in Democratic Republic of Congo, the opposition leaders promised to name their candidate by November 15. The coalition meeting in Geneva included Felix Tshisekedi of the Union for Democracy and Social Progress (UDPS) and Vital Kamerhe of the Union for the Congolese Nation (UNC), who were widely considered to be among front-runners for the nomination.

Moïse Katumbi’s “Together for Change” movement, Freddy Matungulu of Congo na Biso (CNB) and others also met to decide on a strategy, as did international leaders including the Southern African Development Community (SADC). The exiled Katumbi, along with Jean-Pierre Bemba of the Movement for the Liberation of Congo (MLC) party, were barred from competing but backed Fayulu.

Fayulu will face People’s Party for Reconstruction and Democracy (PPRD) candidate Emmanuel Ramazani Shadary, who was chosen to replace Kabila. Kabila refused to step down after his constitutionally mandated second term in 2016 and has since postponed elections, contributing to the country’s political tensions and violence.

There were 21 candidates approved by the Independent National Electoral Commission (CENI) in September. They are not unified on all issues; Tshisekedi, for example, declined to support last month’s protest marches spearheaded by Kamerhe, although he shares a demand for free and fair elections.

Yet the new “Lamuka” coalition leaders remain steadfast in their opposition to any Kabila influence, especially on voter rolls and voting machines, while agreeing not to boycott the election to ensure there is no more delay.

Who is Martin Fayulu?

Fayulu, who turns 62 next week, was born in Kinshasa and studied in France and the United States. He holds master’s degrees in economics and business, and worked as a Mobil Oil executive from 1984 until 2003. He held multiple positions with the company across Africa and abroad, and highlights his business acumen as a priority among his qualifications. His economic vision is based in a well-regulated free market that serves all Congolese while advancing democracy and development.

His political career began in various roles in the 1990s, including a stint as interior minister and aligned with an opposition view that has demanded reforms. That’s clear in his campaign messaging, which emphasizes the need to “save Congo” and his own willingness as a patriot to move beyond a lucrative career to defeat the PPRD.

“Every day, every one of us is an eyewitness to the horrors of our people and is experiencing acts of destabilization aimed at liquidating our country by people who are supposed to protect it,” he says. “It is a sacrilege to be indifferent to what is happening in our country and no Congolese, worthy of the name, has the right to resign from his responsibilities and his duties to the nation.”

While not as visible as candidates like Katumbi, Fayulu has been a strong leader in DR Congo as the nation protested Kabila and demanded he step aside. He is consistent in his opposition to both Kabila and the contentious use of CENI’s voting machines, which many fear will leave the election open to PPRD manipulation.

The road to a Fayulu nomination

The selection of Fayulu caught some by surprise, as his name was rarely heard in the same breath as the internationally recognized Katumbi or Tshisekedi – the latter being, of course, the son of Etienne Tshisekedi. Before his death in February 2017, the 84-year-old icon of the Congolese opposition movement was expected to lead his Rassemblement coalition against Kabila in elections in 2017, after difficult negotiations to secure a power-sharing agreement and move toward the polls.

That never happened, as the elder Tshisekedi’s death threw the opposition into a period of disunity and power plays over who would lead moving forward. At the time, Fayulu – known more for his business success than his political life – was among the voices calling for consensus in choosing new leadership.

As the political landscape shifted, that consensus became a priority. Opposition leaders insisted on elections in compliance with the New Year’s Eve deal brokered by the influential Conférence Episcopale Nationale du Congo (CENCO) church leaders, but it became clear Kabila would not run again. Shadary, a close Kabila ally and secretary of the PPRD party, was announced as his candidate in August.

At that point, with Kabila’s unconstitutional bid off the table and an electoral calendar published by CENI, the Congolese opposition began focusing on the credibility of elections. Fayulu has championed that cause, as well as the fight against corruption more broadly, and is viewed by some as a smart compromise. Despite the emphasis on consensus and the predictable appeals for unity under the Lamuka coalition, though, there was much concern in Kinshasa late Sunday over the candidate choice, with some leaders of individual parties complaining that a Fayulu nomination boosts Shadary’s chances.

On the other hand, he may benefit from his status as something of a “clean break” candidate to attract the broader loyalty of opposition voters without being polarizing or splitting their support. Whatever the outcome, Fayulu and the Lamuka coalition need to hurry: The campaign window in DR Congo opens in just 11 days.