Home>CUTTING EDGE>The world is watching Huawei, but who is watching Africa?
By Laureen Fagan - 23 December 2018 at 7:34 am 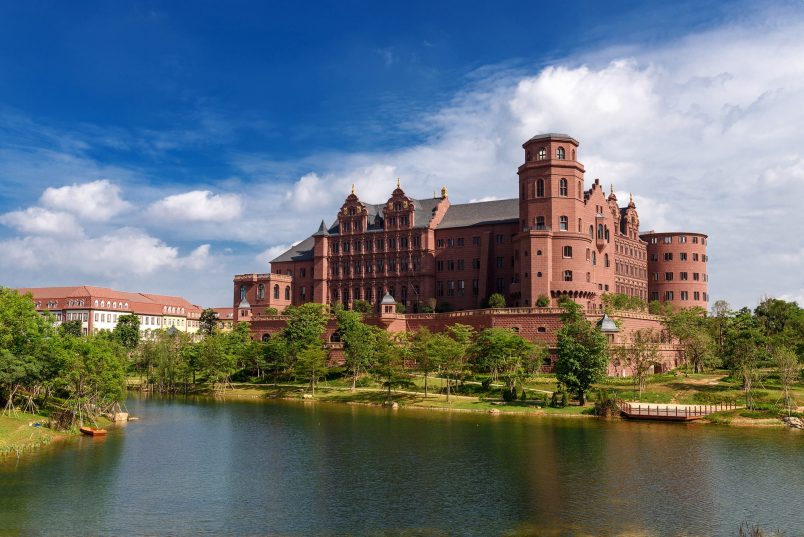 In recent weeks the controversies surrounding Chinese telecom giant Huawei seem to mount every day. From New Zealand to Japan, and from Europe to the long-suspicious United States, countries balk at the idea of using Huawei equipment in their communications networks. In China and Canada, the arrest of a top Huawei executive on behalf of the U.S. has touched off a diplomatic storm of global import.

Yet there’s little discussion of Huawei’s ever-expanding role in Africa, and why the concerns of other nations – and repercussions over the diplomatic and trade crises – have implications for the continent. In some cases, those concerns over a Huawei backed by Beijing date back nearly a decade, but they are energized by new fears of control over 5G networks and now accusations over U.S. sanctions violations.

The 30-year-old Huawei has grown into a multinational corporation with a sprawling presence. It serves more than a third of the world’s population in 170 countries and regions, with 2017 revenues of USD$92.55 billion. More than a fourth of that comes from the Europe-Middle-East-Africa region, and from its first reach into Kenya in 1998 the Chinese brand expanded to at least 40 African nations. That’s by design, because a key principle of Huawei’s strategy was to build into developing countries.

That means more than phones, even as Huawei blew past the expensive Apple in South Africa earlier this year and is making a run for Samsung. It’s building a warehouse in Johannesburg, the first such dedicated space on the continent for the firm. It’s planning an electronics assembly plant for Angola and is investing nearly $2 billion in the country’s telecom network. It has Huawei offices from Mauritania to Mauritius, and has rolled out its solar-powered RuralStar towers in remote areas of Algeria, Ghana and Nigeria.

While Huawei’s been building its name in Africa for 20 years, the company is looking to the future. By 2025, it anticipates 40 billion smart devices and 100 billion connected “Internet of Things” devices. It expects 100 percent of businesses to be cloud-based, and 86 percent to use artificial intelligence (AI). From billions of herd animals to millions of connected cars, the 5G network that it’s building delivers a new “global economic vision” alongside its Belt and Road plans, and alongside its existing products and services across African nations.

It’s that vision that’s created so much concern in the West and promises to spill over into other spheres.

What’s behind the U.S. push on Huawei

When the New York Times reported in October that Chinese spies were monitoring United States President Donald Trump’s conversations on his iPhone, the Chinese Ministry of Foreign Affairs laughed it off. “I suggest they replace their iPhone with Huawei ones if they are really concerned about security issues,” said spokeswoman Hua Chunying. The remark was more than a dismissal of the allegation because it pointedly referred to years of U.S. frustration and fears over Huawei’s reach.

By 2011, U.S. experts had complained of Huawei ties to the Chinese government and military as a security concern, with officials warning of espionage and intellectual property theft. By 2012, a U.S. investigation led to Huawei being shut out of the country’s market for, as former Foreign Policy writer John Reed put it, being seen as “basically an intelligence agency masquerading as a tech business.”

By 2013, security experts warned of potential surveillance societies in Ethiopia, Zambia, Zimbabwe and beyond, with implications beyond the continent. Those fears have only grown: In January 2018, a security briefing on the 5G network in the U.S. warned that it must stay ahead of Chinese influence. The documents appeal to U.S. investigative agencies including the FBI to monitor the Huawei risk.

“Whoever leads in technology and market share for 5G deployment will have a tremendous advantage toward ushering in the massive Internet of Things, machine learning, artificial intelligence and thus the commanding heights of the information domain,” said the documents, part of a U.S. government stream on Huawei this year.

Concerns over Chinese domination and surveillance capacities have spread beyond the U.S. into New Zealand, which blocked Huawei as a 5G vendor last month. Japan followed suit earlier in December, though Huawei said Wednesday that’s not true and Japan, along with France and Germany, continue to participate in 5G network trials.

The UK apparently is still in for testing, Bloomberg reports, but not Australia. The European Union’s technology chief said member nations should worry about their security and privacy, a charge Huawei denies even as it vows $2 billion to boost cybersecurity tech.

Some in Malta are asking questions about the deployment of Huawei’s facial recognition software through its Safe City program, which was introduced at summits across Africa a few years ago. With Canada, the diplomatic row continues over the arrest of Huawei CFO Meng Wanzhou, the daughter of its founder, on suspicion of fraud relating to U.S. sanctions against Iran. China has since detained three Canadian citizens, and on Sunday a South China Morning Post writer warned that all of the intrigue is “just a taste” of the U.S.-China battle to come.

“Asian countries, such as India, South Korea, Indonesia, the Philippines, Thailand, Malaysia, and Vietnam – all of which have strong security ties to the U.S. and strong economic ones to China – will be forced to make uncomfortable choices,” said Cary Huang. Yet for the litany of nations drawn into the Huawei drama to date, from Asia to Europe to North America, there’s been little question of how the Huawei fight will affect Africans or any real renewed concern over the evolution of “Big Brother Beijing” from within or outside the continent.

At least not yet. Last week, Kenya’s technology minister asked for a probe, but apart from that there’s been little outcry. Given the company’s outsized footprint and its aspirations in Africa, maybe it’s time there should be a few questions.