Home>Politics & Policy>Police round up opposition leaders in eSwatini
By AT editor - 20 December 2019 at 11:21 pm 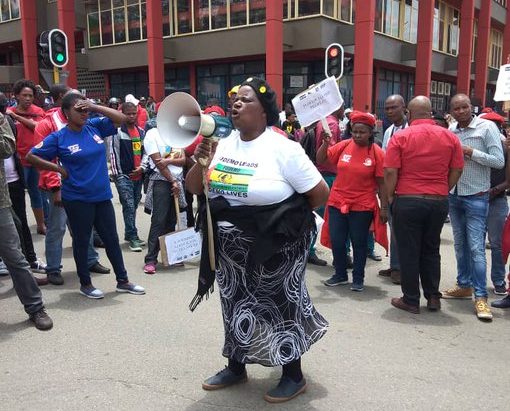 He was one of a number of activists in the former Swaziland to condemn the action, which they say reflects an escalation in repression of groups that oppose the government of King Mswati III.

Maseko, imprisoned himself for speaking out in the past, said PUDEMO Secretary General Wandile Dludlu and party organizer Themba Mabuza were among those detained. He also named Jan Sithole of the Swazi Democratic Party (SWADEPA) and Sibongile Mazibuko, president of the Ngwane National Liberation Congress.

The Southern African Litigation Centre issued a statement listing a number of labor and political leaders who also were taken for questioning, while police seized laptops, cellphones and other devices.

“We are concerned by the actions of the police, which appear to be targeted at those activists who have been prominently involved in protests relating to workers’ rights and who have been promoting multi-party democracy and government accountability in the country,” the SALC said.

The organization appealed to the international community to take note of the developments and assist in ensuring eSwatini’s “adherence to rule of law and the protection of human rights defenders.”

The Swaziland United Democratic Front and other activist groups say the crackdown follows a unity agreement among opposition groups pressing for reforms in the kingdom, which has remained under the control of King Mswati III since 1986.