Home>News>Reports confirm Russian security support in volatile Sudan
By AT editor - 9 January 2019 at 6:30 am 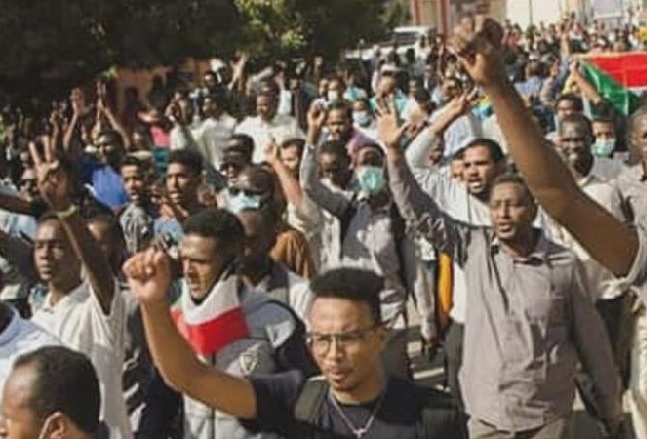 The Sudan Tribune, an independent news outlet based in Paris, say it has confirmed the presence of Russian mercenaries in Khartoum amid the country’s youth uprising and ongoing protests.

Journalists speaking with a source at Sudan’s National Intelligence and Security Services (NISS) say their contact acknowledged the Russian Wagner Group is working with the agency but refused to offer any additional details. The NISS source spoke on condition of anonymity.

The account follows social media reports from Sudanese activists in late December, showing images of the Russian military experts and their vehicles in Khartoum during widespread protests against the government of President Omar al-Bashir. At least 19 people have died, but opposition groups and human rights advocates say the number is much larger. Hundreds of people have been detained.

Bashir maintains strong economic and military ties with Moscow, and announced a year ago that Russia planned to assist Sudan with strengthening its defense forces. The Sudan Tribune information, however, points to the presence of the private-military Wagner Group, which has been identified in Darfur in the past.

Analysts have said that’s unsurprising given the mercenary group’s close ties to the Kremlin, the relationship between the two nations, and the reawakened interest of Russia in the African continent’s affairs.

The Russian presence came under close scrutiny in August 2018 when three journalists died in the Central African Republic while investigating the role of Russian mercenaries in the C.A.R.

African leaders attended an October forum in Russia, ahead of a summit expected later this year, with outcomes including renewed military cooperation with the Southern African Development Community and continued military support for C.A.R.