Home>News>Reports: Ghana soldier's lynching tied to illegal 'galamsey' gold mining
By AT editor - 30 May 2017 at 9:39 pm 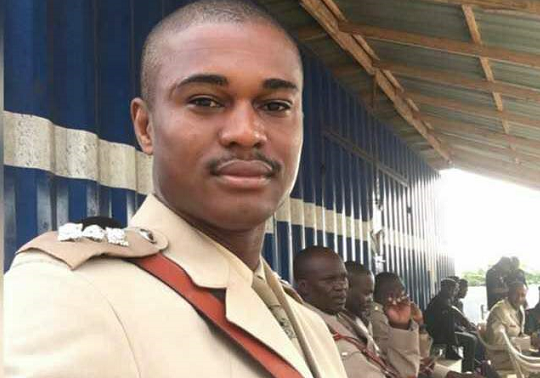 Ghana’s heightened struggle with illegal gold mining has claimed another victim, this time in the lynching incident at Denkyira-Obuasi, according to a family member of Capt. Maxwell Adam Mahama.

Mahama, the soldier who was killed in the town by an angry mob on Monday, reportedly was assigned to the region to fight the illegal mining known in Ghana as ‘galamsey.’ The longstanding economic and environmental problem of the illegal mines is a priority of President Nana Akufo Addo’s administration, and Ghana is currently in a controversial six-month moratorium and crackdown on galamsey.

Akufo Addo has condemned the lynching as a “heinous crime,” and promised justice. “No one involved in his murder will go free,” he said.

The Ghana Armed Forces (GAF) has launched an investigation into the murder, which according to witness reports began when Mahama, carrying a weapon, was mistaken for an armed robber. Mahama was lynched and his body burned after a mob confronted him.

Yet CitiFM news outlet in Accra spoke Tuesday with Fred McBagonluri, the soldier’s uncle, who said that the high-profile war on galamsey was the reason Mahama was deployed there, and he described it as the epicenter of criminal enterprises engaged in illegal mining. A local official, however, said Mahama was protecting illegal mines run by Chinese immigrants – a conflicting account that illustrates Ghana’s tensions over galamsey, including reports of military complicity the GAF denied just three weeks ago and that Defense Minister Dominic Nitiwul again refuted on Tuesday.

GAF spokesman Col. Eric Aggrey-Quarshie said the military was conducting its investigation in Denkyira-Obuasi, but some say their presence in the town quickly became confrontational. Daniel Appianin, the same local official disputing Mahama’s role there, said the community is essentially taken hostage, with about 80 men being held and reports that some have been beaten. Women and children were gathered at a church in the town, while some residents have fled.  The soldiers have said they refuse to leave until they retrieve the service weapon that Mahama was carrying.

Aggrey-Quarshie has confirmed that the GAF is searching for the weapon as part of the investigation and will remain there, but he has denied in media interviews that soldiers are abusing residents and said there is no reason to flee their homes.