Home>News>Burundi spokesman calls UN human rights report 'a bunch of lies'
By AT editor - 6 September 2018 at 4:16 am 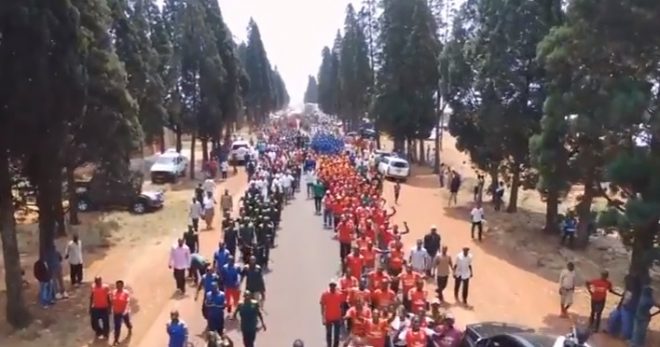 Burundi has again pushed back at the findings of a United Nations human rights investigation released Wednesday that found grave violations continue in the small African nation, including summary deaths, torture, sexual violence and arbitrary arrest.

Government spokesman Willy Nyamitwe, a senior advisor to President Pierre Nkurunziza and member of his ruling CNDD-FDD party, said the team of UN investigators is in place solely to advance the agenda of Western governments that want to enforce regime change.

Nyamitwe aligned with Albert Shingiro, Burundi’s ambassador to the UN, who said his country will never recognize the inquiry as legitimate.

“Their report is nothing else but a bunch of lies,” said Nyamitwe, referring to the UN commission of inquiry headed by Doudou Diène of Senegal.

The complete 250-page report on Burundi will be presented to the Human Rights Council in Geneva on September 17. Diène’s panel of experts has compiled a list of those believed responsible for serious abuses that may be crimes against humanity, and it will be available at a later date.

“Our report is not an abstract poetic or literary exercise,” Diène said. “So, after detailing the violations, we attempt to identify those responsible. And that’s what we have done.”

Burundi was thrown into a new cycle of political and ethnically inspired violence in 2015 when Nkurunziza decided to run for a third term in violation of the country’s constitution. He was successful, just as he was in May when Burundi voters overwhelmingly approved a referendum to extend terms that would allow Nkurunziza to remain in office through 2034.

That decision came amid reports that groups of the Imbonerakure, the CNDD-FDD youth wing, were walking the streets and intimidating voters on the referendum. A May attack in Ruhagarika-Bugunda, a hotspot of opposition to Nkurunziza, left at least 26 people dead, many of them children.

A Human Rights Watch report in April found the Imbonerakure and government forces responsible for the intimidation and killing of political opposition figures and supporters, as well as journalists and NGOs.