Home>News>Prince Charles addresses colonialism, climate in Ghana speech
By AT editor - 6 November 2018 at 6:48 am 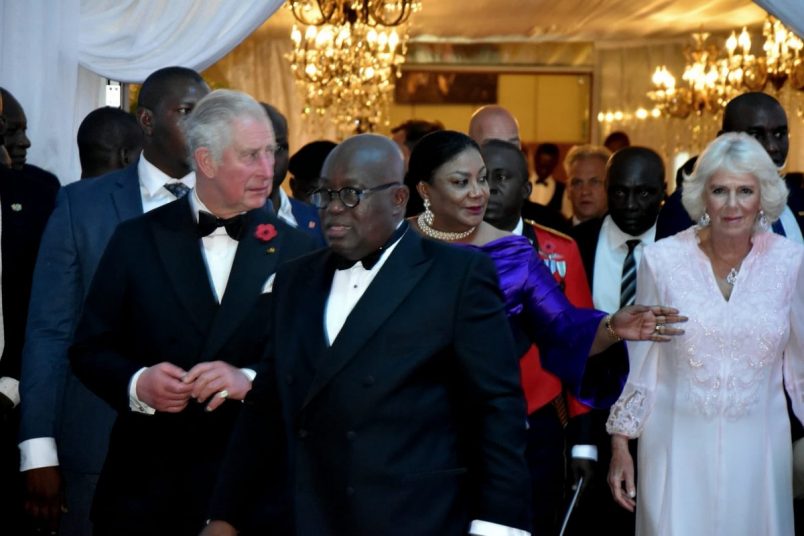 Britain’s Prince Charles, speaking in Ghana during his three-nation tour of West Africa, praised the progress of the nation while addressing the painful history of its colonial past.

“The histories of our two nations are, I know, closely intertwined, and while today we enjoy shared opportunity, we can never forget that our past has sometimes borne witness to tragedy and loss and, at times, profound injustice,” he said. The remarks were delivered at a dinner hosted by Ghanaian President Nana Akufo Addo at the Accra International Convention Center.

“The appalling atrocity of the slave trade, and the unimaginable suffering it caused, left an indelible stain on the history of our world,” he added. “While Britain can be proud that it later led the way in the abolition of this shameful trade, we have a shared responsibility to ensure that the abject horror of slavery is never forgotten, that we abhor the existence of modern slavery and that we robustly promote and defend the values which today make it incomprehensible, to most of us, that human beings could ever treat each other with such utter inhumanity.”

The prince, who will turn 70 next week, moved on to other topics with an emphasis on climate change.

“The effects of climate change are being felt every day by people across this continent as well, with increasingly erratic weather patterns representing a growing threat to food security and triggering the mass migration of millions of people,” said Prince Charles, citing the catastrophic case of Lake Chad.

He and his wife, Camilla, will head to Nigeria before completing their trip on Thursday. They previously stopped in The Gambia.