Home>News>Nigeria's INEC details voting irregularities, electoral violence
By AT editor - 2 March 2019 at 4:45 am 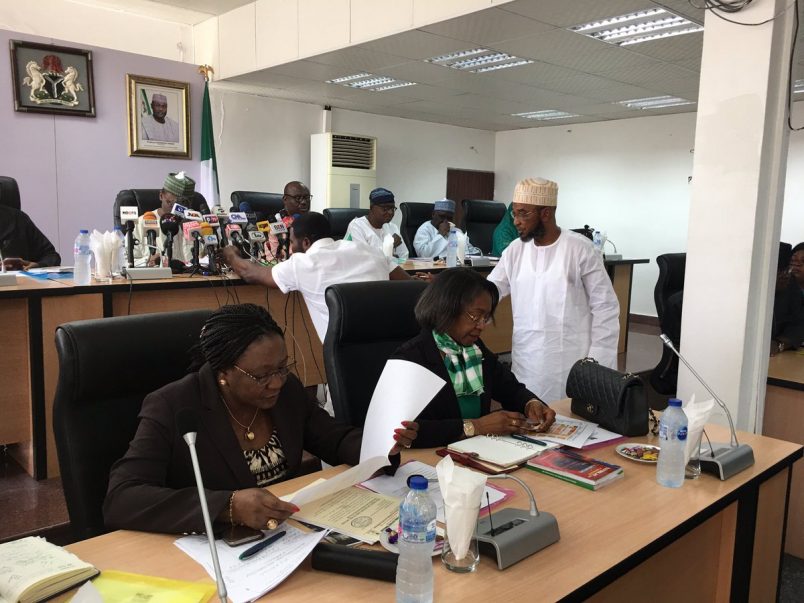 The press release from the Independent National Electoral Commission (INEC) announced that some regions prevented from voting because of electoral violence, or sending in returns, will be allowed to vote for National Assembly candidates on March 9, when Nigerians vote again in other races. They will not vote for the presidential candidates, however.

“Although the elections were generally peaceful, the (INEC) meeting observed and decried the high level of violence in a few places,” the statement said. Those incidents “regrettably led to fatalities in some states, in addition to the subjugation of some of our electoral officials to threats, harassments, intimidation, assault, abduction and even rape.”

The dead included INEC election workers, the commission said in extending its condolences to their loved ones and to those of all Nigerians who died during the elections. A Nigerian monitoring group said 53 people had died in electoral violence incidents.

INEC also expressed concerns about the role of security forces, the conduct of which was in some cases “a matter of serious concern” to election officials.

Buhari took 56 percent of the vote and won in 19 of the 26 Nigerian states, while main opposition candidate Atiku Abubakar held in 17 states primarily in the south. Abubakar and the People’s Democratic Party (PDP) dispute the results as fraudulent, and on Friday condemned Nigerian officials for a “body bag election” while claiming Buhari was orchestrating a new suppression of opposition leaders.