Home>ENERGY & COMMODITIES>Report finds Chinese firms linked to illegal logging in Gabon, Congo
By AT editor - 26 March 2019 at 7:46 am 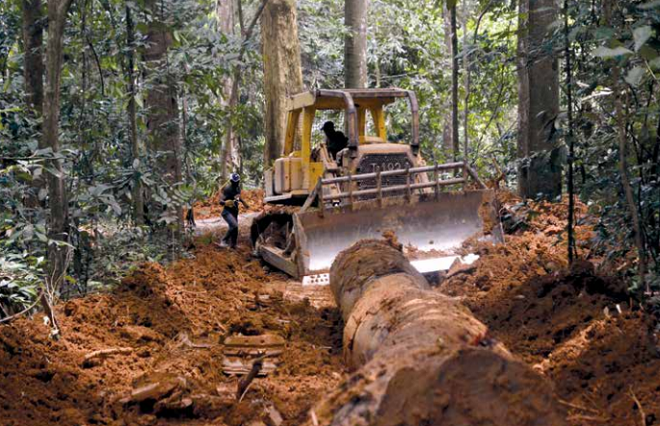 A four-year investigation by the Environmental Investigation Agency (EIA) advocacy group traced illegally sourced timber from the forests of Congo Brazzaville and Gabon, to discover what it says are extensive holdings by a Chinese firm linked to bribery, corruption, tax evasion and ecosystem destruction.

“According to evidence collected by EIA, the (Chinese) Group has continuously broken the most fundamental forest laws, has turned timber trade regulations upside-down, and has diverted millions in unpaid taxes from the governments of Gabon and the Republic of Congo,” the report said.

Nor is this by any means the only offender. “Forest crimes covered by high-level corruption are systemic and tightly linked to the inner workings of industrial logging in both Gabon and the Republic of Congo, countries that together account for more than half of the area allocated to logging concessions in the Congo Basin,” the report said.