Home>Politics & Policy>Vaz reinstates PM amid concerns over a Guinea Bissau coup
By AT editor - 9 November 2019 at 8:18 pm 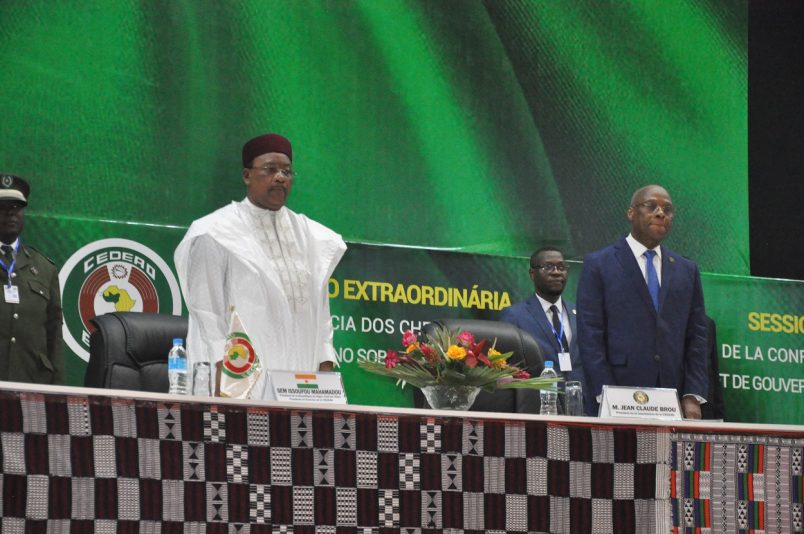 As the nation of Guinea-Bissau moves toward the November 24 election, President José Mário Vaz has yielded to pressure from the West African regional organization ECOWAS – as well as concerns from the African Union – and reinstated his former prime minister amid growing political unrest.

Vaz met with a senior military leader on Saturday as rumors of a coup took hold, according to Agence France Presse. Those rumors followed warnings from ECOWAS that his removal of Prime Minister Aristides Gomes, who Vaz replaced with Faustino Imbali in October, violated the country’s constitution and had the potential to escalate tensions into armed conflict.

The 15-nation ECOWAS, in a Friday emergency meeting led by chairman Issoufou Mahamadou, the Nigerien president, said in a statement that the Gomes removal decision had the potential to “plunge the country into political and institutional crisis” and bring the threat of civil war.

ECOWAS added that “any recourse to the army or the security forces as a way of forcefully imposing any illegal action will be considered a coup d’état and will lead to sanctions being taken against those responsible.”

The AU condemned the removal of Gomes, as well as the death and destruction in Guinea Bissau during the October 26 protests that followed. The AU again expressed its support for the ECOWAS-brokered Conakry Agreement, meant to end the political impasse, and also urged security forces to remain neutral as the election nears. If necessary, the election will be followed by a runoff vote on December 29.

The African Independence Party of Guinea and Cape Verde (PAIGC), with Domingos Simões Pereira as its presidential candidate, has welcomed the intervention of the international community and its assistance with the election.

Guinea Bissau’s political crisis began in August 2015, when the Vaz split with former prime minister Domingos Simoes Pereira led to the dissolution of his government and bitter divisions within the main PAIGC party. Since then, recurring protests and political violence have continued.