Home>Health>Italy accepts rescued migrants but insists on coronavirus quarantine
By AT editor - 23 February 2020 at 7:49 pm 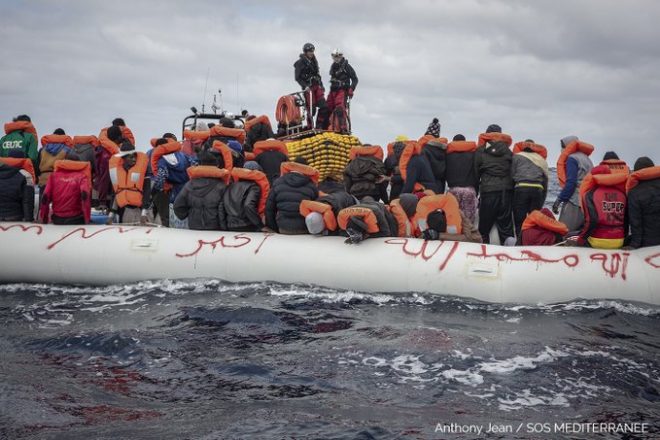 Italy has agreed to accept nearly 300 Mediterranean Sea migrants stranded aboard the Ocean Viking rescue ship, but the country’s interior minister says they have to go in quarantine along with the ship’s crew as the country deals with a large cluster of deadly coronavirus cases.

The ship operated by European NGO SOS Mediterranée, in partnership with Medecins Sans Frontieres (MSF), rescued three groups of migrants off the Libyan coast this past week. The first group of 84 people were traveling aboard a dangerously overcrowded wooden boat when they were picked up on Tuesday, while the second group of 98 were in a rubber boat facing bad weather on Tuesday night.

Another 92 people were picked up by the Ocean Viking on Wednesday. They had since awaited a determination on a port of safety, which was finally announced as Pozzallo, Sicily.

Miodrag Soric, a Deutsche Welle correspondent reporting from aboard the ship, said women and children among the group began to disembark about 3 p.m. Sunday afternoon.

While the many African migrants were relieved to find welcome in Italy, they will remain in quarantine as the nation copes with a deadly coronavirus outbreak that exploded late last week. The case count has risen to 155, most of them in the hard-hit Lombardy region where authorities have canceled all public events, closed down museums and pubs, and indefinitely suspended classes for all students of any age.

Lombardy’s 112 confirmed cases include 17 people who are in intensive care units and 53 hospitalized overall. Three people have died.

Globally, the latest COVID-19 numbers reported by the World Health Organization on Saturday put the death toll at 2,348. There are nearly 78,000 confirmed cases in China, its territories, and an additional 28 countries, although the African continent has not seen a positive COVID-19 confirmation beyond one case in Egypt.