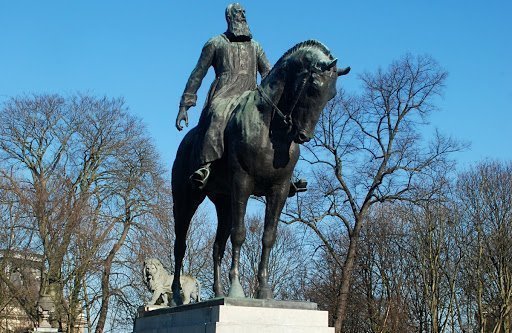 Activists in Belgium have targeted statues of King Leopold II in several cities as part of the Black Lives Matter protest movement sweeping from the United States and into European nations.

Protest actions in Brussels, Antwerp and Ghent were among those focused on the statues, which commemorate a king whose 44-year reign, most of it in the late 19th century, is tightly bound to the painful colonial history of the Democratic Republic of Congo. The merciless Leopold was responsible for millions of deaths on the African continent, and his rule left a bitter legacy of violence and cruelty among the Congolese.

Belgian activists have defaced and vandalized the statues with paint, and in Brussels climbed the statue of King Leopold II riding a horse while waving the DR Congo flag. They are sharing the images widely on social media and have launched a petition to have all statues commemorating him removed from Belgium.

Organizers say they want to start with the King Leopold II statue in the Place Trône. “Brussels (has) 118 districts representing nearly 200 nationalities and as the capital of Belgium and Europe, this statue has no place in Brussels or in Belgium,” the petition advocates said.

They want the first statue removed by June 30, to be able to honor the 60th anniversary of Congolese independence.

The actions follow similar efforts in the United Kingdom and United States, where the statues of slave traders and slave-era Confederate leaders have been attacked and removed during uprisings against racism and police brutality.