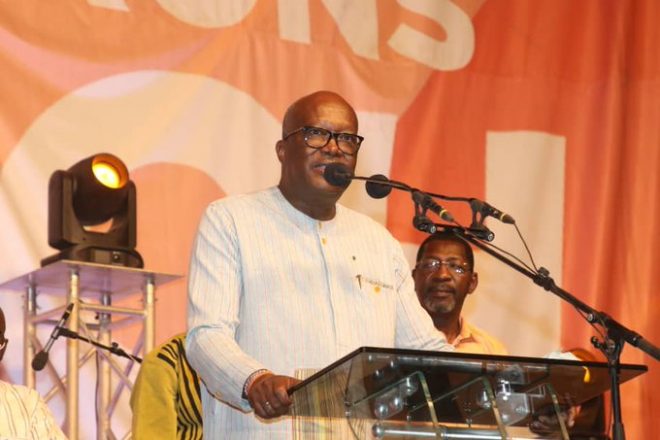 President Roch Marc Christian Kaboré has been re-elected to a second term in Burkina Faso, according to provisional results released Thursday by the National Independent Electoral Commission (CENI).

Kaboré received 58 percent of the vote, while nearest challenger Zéphirin Diabré came in with 12 percent of the vote. The CENI totals give Kaboré and his MPP party an outright win without the need for a runoff, though some opposition candidates have raised concerns over the fairness of the contest.

Kaboré was quick to accept another five-year term and appeal to unity in a nation where 926 polling stations could not open because of the security crisis, and just over half of registered voters participated.

“I will put all my efforts for permanent consultation to work for peace and the development of our country,” said Kaboré. “I will be the President of all Burkinabè. We will get to work immediately.”

Local media reported six appeals on the results already have been filed with the Constitutional Council, but so far they involve legislative races. That doesn’t mean Diabré and other candidates may not follow suit.

Abdoulaye Soma, a candidate with the Soleil d’Avenir party, issued a statement late Thursday expressing his dissatisfaction with CENI and the results. Soma questioned the credibility of the results and the competence of the electoral commission, while stopping short of rejecting them entirely and issuing his own appeal on the basis of unity and the good of the nation.

A group of Burkina Faso’s opposition leaders also claimed “numerous dysfunctions” and “massive frauds” on a list of complaints, in addition to the many frustrations over security concerns that prevented some from voting.