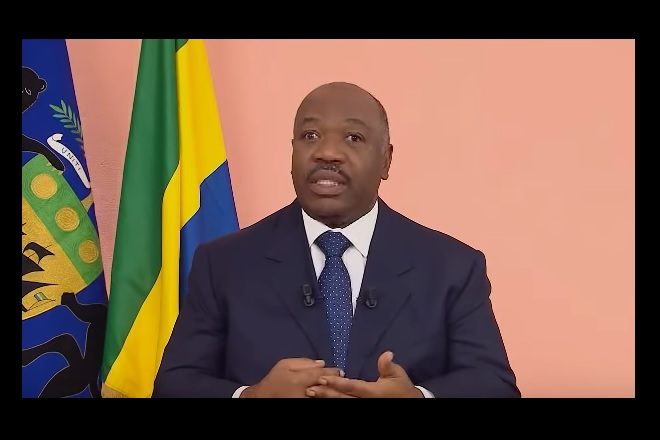 President Ali Bongo of Gabon greeted the new year with a video message for his nation, sent while he continues medical treatment in Morocco.

Bongo touched on economic policies enacted in 2018 before acknowledging that there has been much speculation about his health, and assuring citizens in his West African nation that he is making progress in his recovery and remains fit to serve as president.

“It is true that I have gone through a difficult period, as sometimes happens in life,” said Bongo, who credited faith and family for his recovery as well as the support of the Gabonese people.

“I will continue to put all my energy and all my strength at the service of our country and to improve our living conditions on a daily basis,” he said. “Once again, I wish you all a Happy New Year 2019, filled with joy and prosperity for our country.”

Bongo fell ill while attending the “Davos in the Desert” investment forum in Saudi Arabia on October 23. He was taken to King Faisal Hospital in Riyadh, where he remained until accepting an invitation from King Mohammed VI to complete his extended recovery in Rabat.

This was his first public speech since the medical crisis.

The country’s vice president, Pierre Claver Maganga Moussavou, took over on November 16 in a move facilitated by Gabon’s high court, which changed the constitution to allow for the interim leader. That decision was rejected by opposition parties who warned of a political and constitutional crisis.

Moussavou confirmed that Bongo had suffered a stroke in early December, ending weeks of speculation about Bongo’s condition.