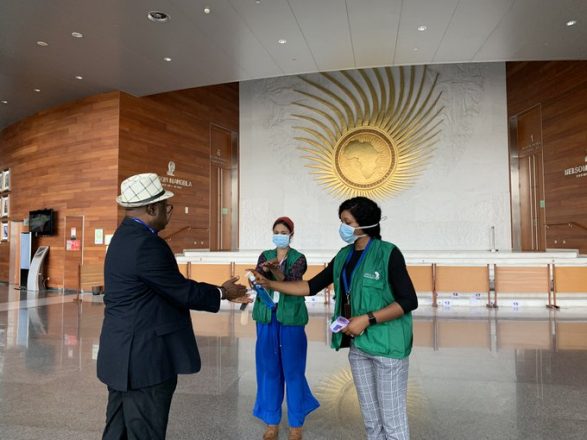 The sound of a US$4 billion loss to the African continent because of China’s coronavirus outbreak is sobering, but that’s the estimate from one expert report that warns of financial losses if 2019nCoV continues to spread – and those losses are possible even without a single case ever being confirmed in African nations.

Sherillyn Raga and Dirk Willem te Velde lay out their case in a new report from the Overseas Development Institute, an independent think tank based in London. The “Economic Vulnerabilities” report looks at which countries are most vulnerable to coronavirus-related economic impacts, with the understanding that what we know about the deadly virus continues to evolve from day to day.

“This is a first attempt to assess the vulnerabilities and potential impacts in low and middle income countries,” the authors note. “As the spread of the virus unfolds, we are gaining a better understanding of what is happening inside China, while obtaining examples of impacts in China and abroad, and obtaining more precise estimates of the impacts through trade in goods and services, investment and migration linkages.”

In the beginning, Chinese authorities notified the World Health Organization (WHO) on December 31 of a cluster of cases in the city of Wuhan, where people contracted a previously unknown, or novel, strain of coronavirus similar to but distinctly different from Severe Acute Respiratory Syndrome (SARS). The SARS epidemic, which affected primarily China and Hong Kong in 2002 and 2003, was much slower to spread but ultimately reached 26 countries. There were more than 8,000 cases and 774 fatalities.

The new 2019nCoV outbreak, now called Novel Coronavirus Pneumonia (NCP) in China, surpassed that death toll over the weekend. Chinese officials said Sunday that 908 people have died, while the total number of confirmed infections reached 40,171. The virus has spread to 24 countries, WHO says, as well as a cruise ship with some 3,700 passengers and crew trapped off the coast of Japan. At last count, 136 people aboard the Diamond Princess tested positive for the coronavirus.

While there’s been much attention to the economic impacts on tourism, from the casinos of Macao to Carnival and other cruise lines, the potential for significant economic losses extends well beyond them. The new report authors say SARS dragged down the global economy by some $50 billion, but their institute research predicts a $360 billion loss this time. “This comes from China’s GDP share globally being four times higher in 2019 than in 2003 and from confirmed cases of coronavirus already more than double the total of SARS,” they explained.

Some losses may be more painful than others, and they involve the African continent. That’s not counting the millions that African countries already are committing in public health expenditures: increased surveillance and security, testing kits and lab expenditures, and the potential costs of treatment.

“As of now, Africa has no confirmed cases of the coronavirus, but our analysis suggests it stands to lose much through the growing economic links with China,” the report warns. Asian countries will see the tourism and supply chain impacts first, but African airlines that have canceled flights to China already include RwandAir, Kenya Airways, Royal Air Maroc, EgyptAir, Air Madagascar and Air Mauritius, and AirTanzania, the report said.

Far worse is the impact of reduced exports that could contribute to $4 billion in lost revenues, and that’s even if the situation is limited to just a few months. The authors note that the global economy was already slowing, with the International Monetary Fund issuing new forecasts in January that revised down both China’s expected growth (6 percent in 2020) and that of sub-Saharan Africa (3.5 percent in 2020).

The most exposed African countries are Angola, Congo, Sierra Leone, Lesotho and Zambia. As an example, 60 percent of total exports from Angola, primarily in oil, are headed to China, while 10 percent of Angola’s tourists come from there. Zambia’s copper, Kenya’s coffee – the coronavirus has the potential to be both a public health and economic catastrophe given the ongoing sluggish global economy.

“This will lower the value of exports of much of Africa, as countries such as Angola, Nigeria and Zambia are major trade exporters. The impacts can be large, as the value of exports to other destinations will also be lower through lower global commodity prices,” the ODI authors said. Meanwhile Ethiopia, Ghana and Sudan are named among the least resilient to impacts from the coronavirus outbreak, which many public health experts and officials warn borders on a global pandemic.

“While Ethiopia is distant from the center of the outbreak, the government’s deficit equivalent to -3 percent of GDP and low levels of reserves leave less policy space for fiscal and monetary interventions should the outbreak reach the country,” warn Willem te Velde and Raga.

Looking ahead to Africa’s concerns

Meanwhile, WHO estimates that $675 million is needed just to execute the global preparedness and response plan from now through April 2020. At the same time, the global supply of masks, gloves and other equipment needed to respond is under strain from the unprecedented demands in China.

“My biggest worry is that there are countries today who do not have the systems in place to detect people who have contracted with the virus, even if it were to emerge,” said WHO chief Dr. Tedros Adhanom Ghebreyesus last week. “Urgent support is needed to bolster weak health systems to detect, diagnose and care for people with the virus, to prevent further human to human transmission and protect health workers.”

Yet the authors of the ODI report want African nations to assess the economic impacts too.

“Governments need to look at how these different sectors will be affected – who are employed in these sectors, how much government revenues are coming from these industries, and how much do they contribute to overall country growth,” said Raga. “We hope that by highlighting individual countries’ exposure to China, we can flag governments to prepare and respond to a worst case scenario of the outbreak.”