Home>African Future>World Bank warns of COVID impacts on global poverty
By AT editor - 7 October 2020 at 7:49 pm 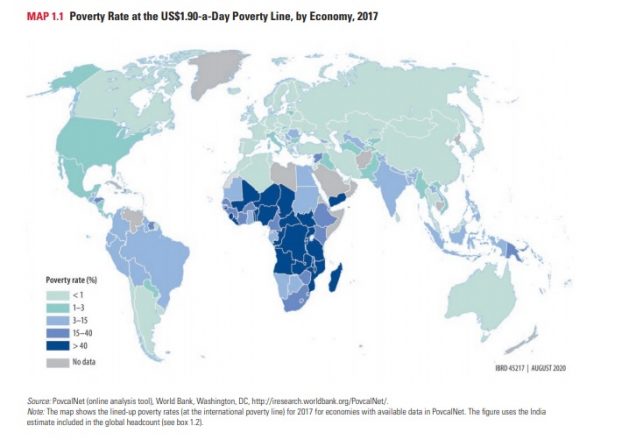 The COVID-19 pandemic is expected to push as many as 150 million more people into extreme poverty by 2021, the World Bank says, marking the first time in 20 years that the number of those in such poverty will rise.

The pandemic “compounds the forces of conflict and climate change” that were already putting at risk the gains in reducing extreme poverty, defined as living on less than US$1.90 per day. Those affected amount to between 9.1 and 9.4 percent of the global population, rather than an expected drop to 7.9 percent this year.

“The pandemic and global recession may cause over 1.4 percent of the world’s population to fall into extreme poverty,” said World Bank chief David Malpass, as the organization released its full report Tuesday.

“In order to reverse this serious setback to development progress and poverty reduction, countries will need to prepare for a different economy post-COVID, by allowing capital, labor, skills, and innovation to move into new businesses and sectors,” Malpass said.

The complete report, available here, calls for international action to ensure years of progress are not erased.