Home>Politics & Policy>Zelensky appeals to Sall, seeks to address African Union
By AT editor - 11 April 2022 at 7:01 pm 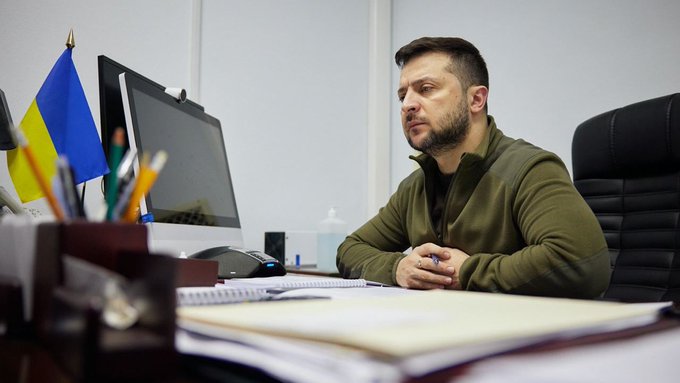 President Volodymyr Zelensky of Ukraine has again reached out to the African Union (AU) for support in his nation’s war with Russia, calling his Senegalese counterpart, Macky Sall, on Monday to discuss the crisis.

Zelensky said he provided an update to Sall, the current president of the AU, on the Ukrainian struggle against the Russian invasion “and the terrible crimes of the aggressor.”

Sall acknowledged the call in his own social media message, noting that Zelensky, who has made numerous appeals to global leaders and legislatures, also wants the opportunity to address the AU.

“We discussed the impact of the war in Ukraine on the world economy and the need to favor dialogue for a negotiated outcome to the conflict,” said Sall.

Their conversation touched on an AU statement issued on February 24. It called for an immediate ceasefire and a return to negotiations “in order to preserve the world from the consequences of planetary conflict, and in the interests of peace and stability in international relations in service of all the peoples of the world.”

The previous AU statement recognized the territorial integrity and national sovereignty of Ukraine, as have a number of African leaders speaking at the United Nations Security Council or in other settings.

While African nations have expressed support for the Ukrainian people, they’ve also sought to remain neutral and many have been lukewarm about outright condemnation of the Russian government led by Vladimir Putin.

The war in Ukraine, now in its seventh week, has forced some 4.3 million people out of the country, according to the latest United Nations numbers. Another 7.1 million are internally displaced.

Zelensky says tens of thousands have died during the conflict, though the total number of fatalities remains unknown.