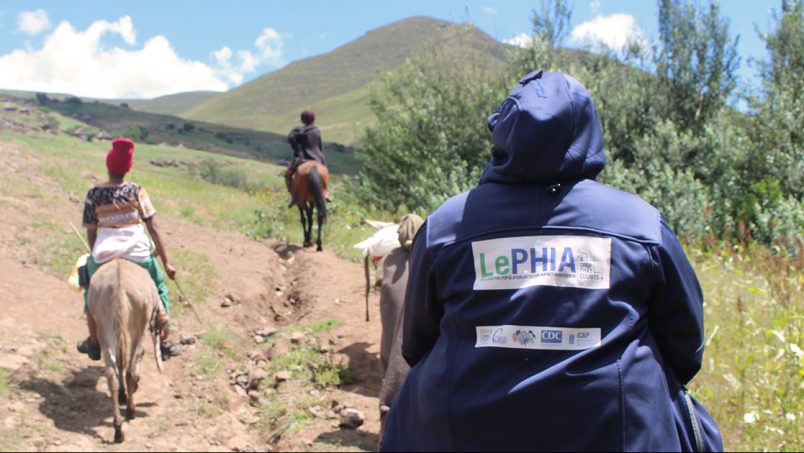 There’s a direct link between climate change and public health in Lesotho, according to the findings of an intriguing study from ICAP at Columbia University in the United States and its partners.

The authors led by Dr. Andrea J. Low, an assistant professor of epidemiology at the Columbia Mailman School of Public Health, reviewed data from 12,887 people who participated in the Lesotho Population-Based HIV Impact Assessment (LePHIA) in 2016 and 2017. Lesotho has one of the highest HIV infection rates in the world, with about one in four people who are HIV positive.

But that matter was made worse by a severe drought that impacted Lesotho from 2014 to 2016. Women and adolescent girls in rural areas of drought were more likely to engage in high-risk behaviors, including sex work, and were more likely to drop out of school, often to marry in families that needed the traditional bride price to survive. The findings are published in the journal PLOS Medicine.

“This is the first paper to link climate shock to an HIV epidemic since antiretroviral drugs became more widely available in sub-Saharan Africa,” said Dr. Jessica Justman, a senior technical director of the ICAP global health organization and principal investigator for the PHIA Project. “We should view this as another kind of warning that climate change will affect us in unexpected and unwelcome ways.”

The researchers identified an increase in a constellation of risk behaviors associated with HIV infection during the drought period as Low and her team mapped satellite data on rainfall with the locations of the LePHIA survey respondents.

“The impact of climate change on human health is becoming increasingly evident,” the authors write. “Climate extremes are often associated with changes in behavior as people struggle to survive in the face of loss of agricultural production. As people, particularly women, address their food insecurity, they may be less likely to take steps to protect themselves from HIV infection.”

Low and the research team conclude with a call for a coordinated policy and strategy to attenuate the effects of drought on HIV infection in southern Africa. “In light of the anticipated acceleration of such climatic extremes, more research is urgently needed on improving resilience of crops to drought to mitigate the severity of impact on household incomes and public health,” they said.