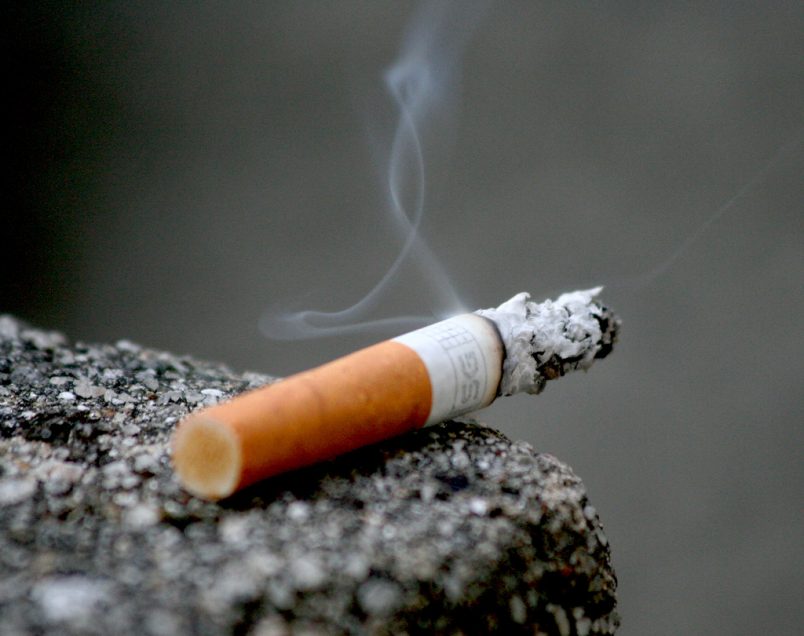 As South African lawmakers press ahead with a range of tobacco control measures, some of the most vehement opposition has come from the tobacco industry itself. While the source of opposition is hardly surprising, the key message is: the manufacturers claim the new plans will stop people from quitting smoking.

The protests against the bill, which will introduce strict restrictions on tobacco advertising, are being led by Philip Morris International, manufacturer of brands such as Marlboro. Philip Morris claims the new regulations will prevent its marketing team from pushing smokers away from traditional cigarettes and towards supposedly less damaging products, such as the company’s flagship heated tobacco brand IQOS. The protest echoes the company’s ‘Hold My Light’ campaign in the UK, which challenges smokers to quit conventional smokes and take up e-cigarettes instead.

At first glance, the campaign might look like an admirable attempt by the tobacco industry to clean itself up. But behind the PR spin, this is simply another cynical tactic to cling onto market share. Growing knowledge of the risks of smoking, combined with ever-tighter regulations, are squeezing regular cigarettes out of wealthier countries such as South Africa, meaning the manufacturers have no choice but to promote electronic alternatives. Meanwhile, across the rest of Africa, the industry is more than happy to keep pushing its traditional product – and is stooping to ever-murkier depths to do so.

The manufacturers would, of course, vehemently refute this narrative. Echoing their (court-ordered) apology ads that year, they would say the move towards smoke-free alternatives is simply a further act of contrition, an honest attempt to prevent so many of their customers from dying. They could point to evidence showing that e-cigarettes generate 90% less harmful chemicals than conventional smokes, and the fact that respected authorities such as Britain’s National Health Service have advocated the use of electronic alternatives as a means to quit smoking.

Yet there are several clear flaws in this defense. First, the science around smoke-free products is far from clear; a growing body of evidence suggests early use increases the risk of addiction to not only tobacco, but other drugs too. Around heated products such as IQOS, the data is even less promising. The World Health Organization’s current guidance suggests “there is no evidence to demonstrate that HTPs are less harmful than conventional tobacco products.” Indeed, much like the nicotine in traditional smokes, the nicotine in e-cigarettes also helps to perpetuate the vicious cycle of addiction – a public health risk in and of itself. So, while e-cigarettes might be justifiable as a cessation method, they are never acceptable when targeted at vulnerable youth.

Viewed in this light, the tobacco industry’s campaign can be seen for what it is: an attempt at damage mitigation. Even though the world’s wealthiest countries may have banned tobacco advertising and smoking in public places, e-cigarettes offer a loophole for the manufacturers. What’s more, they’re extremely popular among young people, a point demonstrated in the explosive growth of the Juul vaping brand in the U.S. By pushing e-cigarettes with teen-friendly flavors such as chicken and waffle, the American tobacco industry has recruited around 3 million new customers. Now the manufacturers are hoping to replicate this success elsewhere in the developed world.

In Africa, meanwhile, there is no need for such a nuanced strategy. South Africa may be taking a tough line in regulating the tobacco industry, but the rest of the continent is lagging behind, so Big Tobacco can keep promoting traditional cigarettes with little restriction. Cigarette adverts remain commonplace across Africa – and as leading anti-tobacco campaigner Michael Bloomberg has pointed out, many of them are slyly placed around schools.

What’s more, when African governments have tried to stand up for themselves, the industry has fought back fiercely, as seen by British American Tobacco’s (BAT’s) dogged attempt to block tax hikes in Kenya. In fact, the tobacco industry giants are alleged to have threatened governments in at least eight African countries, while continuing to sell cheap, highly addictive cigarettes that would be illegal in developed countries.

This relentless cynicism, which has even seen the tobacco industry collaborate with local militias to push their brands during wartime, means Africa has the highest smoking growth rate in the world; the WHO predicts that smoking rates will rise in 17 of Africa’s 30 countries by 2025.

South Africa is one of the few regional success stories, with smoking rates falling sharply thanks to a concerted government campaign. But, even there, the tobacco industry has mounted a fierce struggle. For years, tobacco manufacturers have been accused, by the South African Revenue Service amongst others, of fuelling the country’s rampant cigarette smuggling market by flooding the market with cheap merchandise – while shamelessly citing this same epidemic as a pretext to oppose high taxes and regulations.

Some of the most powerful allegations have come from former Sars investigator Johann van Loggerenberg, who led a probe into the tobacco industry for the South African Revenue Service before resigning in 2015 over an affair with a lawyer who, it later emerged, was also an informer for BAT. Van Loggerenberg claims he and his team were pursuing 15 different criminal cases against tobacco manufacturers and importers at the time of his downfall, and suggests these probes were simply allowed to die thereafter. He has also lifted the lid on a series of attacks on Sars investigators, including the shooting of one man in his driveway.

Sars has now announced a fresh crackdown on cigarette smuggling, which might explain the industry’s change of tactics. With the regulatory noose tightening once again, perhaps they see a move towards smoke-free products as their only course of action. Whatever the reason, one can only hope the South African lawmakers stand firm and ignore Big Tobacco’s protests. Until the industry stops making smoking products in any form, its professions of innocence should be treated with the contempt they deserve.