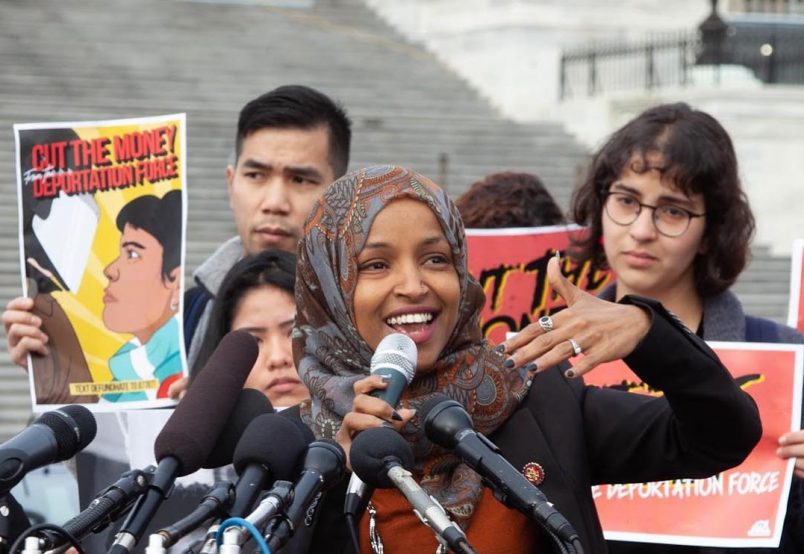 In the United States, Somali American Ilhan Omar – a representative serving the state of Minnesota in the U.S. Congress – has been under fire for the past month because of comments she’s made about U.S. foreign policy toward Israel that many have interpreted as anti-Semitic.

Despite a legislative resolution passed Thursday that condemns all hate, whether directed against Jews, Muslims or others, Omar remains the subject of anti-Muslim attacks – the latest of which called her out for wearing hijab.

“Think about it. Omar wears a hijab,” said Fox News host Jeanine Pirro on Saturday. “Is her adherence to this Islamic doctrine indicative of her adherence to sharia law, which in itself is antithetical to the United States Constitution?”

Pirro, a popular commentator among conservative viewers, suggested that Omar’s views on foreign affairs don’t arise from within her own Democratic Party’s values, so they must come from an allegiance to something other than American values. That turns Omar’s own words against her, after the newly elected representative said that U.S. support for Israel is itself akin to allegiance to a foreign country.

“It is clear, I think that this is sharia-adherent behavior and it is somewhat disturbing if she is someone who is sharia-compliant,” Pirro said. “Do we know anything about that?”

Omar’s arrival to Congress in January required changes to a rule established in 1837 that prohibited hats or head coverings of any kind on the House chamber floor; they are now permitted for a range of religious, health and other reasons. She was welcomed as the new face of an increasingly young, diverse and female body of progressive U.S. lawmakers.

Since then, however, the former Somali refugee who lived years in Kenya has been immersed in controversy over her religion and her unpopular political positions. Law enforcement agencies in the U.S. currently are investigating assassination threats made against Omar.