Home>African Future>Ugandan activist demands climate justice at COP25
By AT editor - 10 December 2019 at 3:09 am 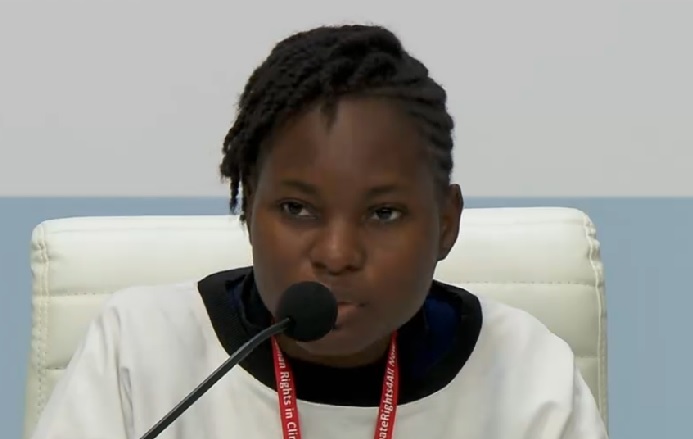 A “Fridays for the Future” press conference, led by climate activists Greta Thunberg of Sweden and Luisa Neubauer of Germany on Monday, intentionally focused not on their highly visible voices but rather those activists who hail from the Global South.

Among them was Hilda Nakabuye, a climate activist from Uganda whose own family has suffered the impacts of extreme weather on what was once their farm. She was quick to challenge the developed world for failing in its responsibility to the Global South, where so much of the suffering already occurs.

“I have come to think that the climate crisis is another form of environmental racism and apartheid,” said Nakabuye. “We are deeply cut by the actions, words and greed of those in power.”

She warned of the crisis visited upon future generations and said she thought the developed world should “clean up their mess” but industrialized nations simply do not care. “How many more lives must we lose for the world to take action?”

Nakabuye and the panel of young climate activists from Chile, the Philippines and other developing nations maintained their focus on the injustices visited upon low carbon-emitting nations by the developed world, especially the United States – which has turned its back on the Paris climate agreement under President Donald Trump’s administration. So did Thunberg when taking questions.

“It is so important that we listen to indigenous people because they are suffering and their rights have been violated across the world,” she said. “They have been living in balance with nature for hundreds of years.”