Home>African Future>Ouattara, Macron announce the end of the CFA franc
By AT editor - 22 December 2019 at 1:53 am 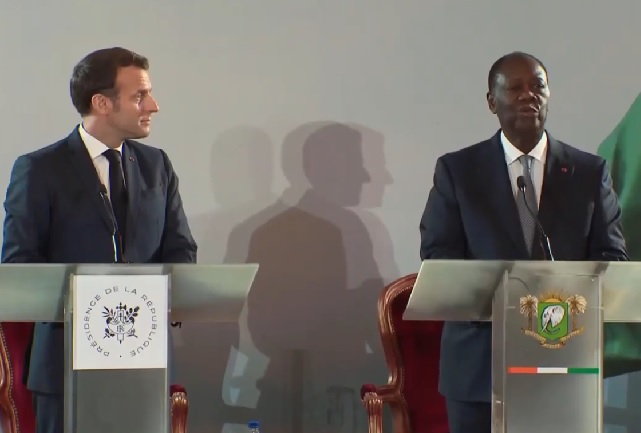 Ivorian President Alassane Ouattara, speaking alongside his French counterpart Emmanuel Macron, announced the reform of the long-disputed CFA franc on Saturday, a currency that is used in eight nations in West Africa.

The agreement with France and the Monetary Union of West Africa (UEMOA), which is currently led by Ouattara, will advance the “eco.” The new currency replaces the CFA and broadens the possibility for the 15 members of ECOWAS – with some UEMOA nations overlapping – to adopt the currency as well. It was presented during a three-day visit by Macron, who also visited French troops stationed in Côte d’Ivoire.

Ouattara acknowledged the need to move beyond the CFA, which was long seen as a symbol of French colonial rule. Macron stressed the need for France to respond to African youth, a common theme of his administration, and establish a new relationship between his country and the African continent.

“I wanted to engage France in a historic and ambitious reform of the cooperation between the West African economic and monetary union, and our country,” said Macron. “With the reform of the CFA Franc, we are taking a big step to write a new page in our relationship with Africa.”

The eco will remain fixed to the euro, as Ouattara had advocated, though the required deposits from African nations into French coffers are now eliminated and France will no longer hold a seat on the UEMOA-linked West African central bank.