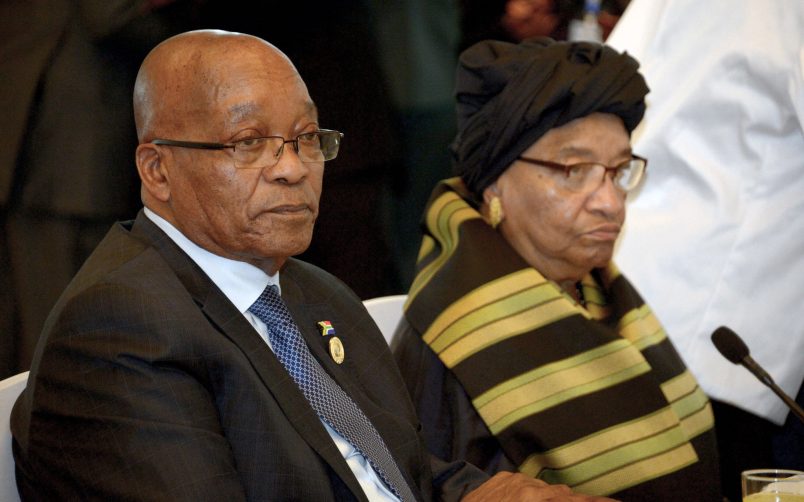 A specially commissioned report into the “state capture” perpetrated under the former South African president Jacob Zuma via logistics firm Transnet reveals the depths of malfeasance in the country during his tenure. The 646-page report has implicated over 1,400 individuals in cronyism and corruption that cumulatively caused public losses of almost $7 billion.

While that figure might seem like an eye-watering one, it’s a mere drop in the ocean compared to the grand scale of graft in the global logistics sector. What’s worse, the situation is not one that’s limited to developing nations or showing signs of improvement in the current climate. A particularly egregious example involves Kuwaiti logistics firm KGL, which has consistently won lucrative military contracts from the US Department of Defense – despite the fact that the company has been repeatedly accused of wrongdoing and two of its most proponent executives are currently serving lengthy prison sentences.

Given that many economies are still reeling from the coronavirus pandemic, and that countless innocent civilians do not have access to basic food and medicinal supplies, oversight and accountability appear to have all but disappeared at precisely the time they are needed the most.

Chaired by judge Raymond Zondo, the South African report is the second of an expected trilogy exploring the scale of corruption under Zuma. In it, Zondo identifies Transnet as the “primary site” of the state’s wrongdoing, with an estimated 72.2% of all contracts tainted by state capture connected to the firm. Zondo recommends that Zuma face further scrutiny due to his insistence that disgraced executive Siyabonga Gama be reinstated in his position.

Furthermore, much of the criticism surrounding Zuma concerns his relationship with the wealthy Gupta family. It’s alleged the Gupta brothers exerted an unlawful influence over Zuma, using their sway to alter the terms of government contract tenders so that their preferred candidates would be favored, as well as inflating costs and even laundering money outright. In total, nearly $7 billion has gone missing from the national coffers, but unfortunately the damage did not even end after Zuma was forced out of power in 2018.

On top of all of the aforementioned allegations, Zuma also flouted a Constitutional Court order obliging him to testify in the Zondo investigation last year. In response, he was promptly imprisoned, which sparked mass riots throughout the country that left hundreds dead and thousands behind bars. The economic fallout has been just as severe, with looting and lockdowns costing the retail industry an estimated $340 million. The true cost to society could be far higher.

Sadly, the story of Zuma, Transnet and institutional corruption is by no means an isolated incident. Over in the Middle East, another tale of high-profile malpractice has been unfolding over the last five years. Kuwaiti logistics firm KGL have a lengthy history of providing goods and services to the US Army, despite a plethora of black marks and red flags against their name. Indeed, at the time that they won their two most recent tenders in 2018 – worth nearly $2 billion cumulatively – two of the company’s top executives were sitting in a Kuwaiti jail.

The individuals in question are Saeed Dashti and Marsha Lazareva, felons convicted of embezzling hundreds of millions of dollars in private investor equity. Using another KGL subsidiary based in the Caymans, the pair reported the sale of a major asset as far lower than impartial observers believe it to be worth, then dished out sizable payments to third parties without the knowledge or support of their limited partners. In a first for the Cayman Islands, two state-owned Kuwaiti capital funds have been successful in launching a derivative claim against the KGL subsidiary. This hit came after Lazareva and Dashti were sentenced to lengthy prison sentences, with KGL also being suspended from the Kuwait Stock Exchange in response to the unfolding case.

Aside from the Dashti and Lazareva scandal, KGL has been beset by a host of other litigation problems, as well. The awarding of the 2018 contract by the US DoD raised eyebrows among sections of the Senate at the time – including Republican Marco Rubio – because just weeks earlier, a prominent attorney for KGL had admitted that the company had set up a “ghost structure” with the explicit intention of continuing to do business with Iran, who were facing economic sanctions from the White House. Such conflicts of interest reflect well on neither the Kuwaitis nor the Americans.

Such rampant corruption plaguing the logistics sector would be hugely concerning at any juncture, but it’s particularly problematic during a global pandemic. That’s because the desperate nature of the situation has allowed organized crime to flourish, with oversight and due diligence sacrificed at the altar of urgency and obligation. The consequence is that a significant proportion of aid funding and potentially life-saving supplies are being siphoned off into the pockets of unscrupulous actors, while the impoverished and the unfortunate slip through the cracks.

There’s a precedent: during the Ebola epidemic in Western Africa between 2013 and 2016, an estimated 30% of funds were lost to fraud and corruption. It’s a similar story this time round, with $357 million of aid payments having vanished in the Democratic Republic of Congo alone and widespread reports of Kenyan cartels selling donated vaccines to desperate citizens for as much as $177 per dose.

It’s at times of global hardship when fundamental virtues of decency, integrity and responsibility become so important. But tragically, it’s all too often when vice and venality win the day. While certain countries have implemented forward-thinking policies aimed at promoting accountability for their decisions and encouraging trust among their citizens, too many others are overly preoccupied with keeping their heads above water – or, worse still, actively engaged in corrupt practices. If such behavior is allowed to continue unchallenged, a few might prosper, but countless others will perish.